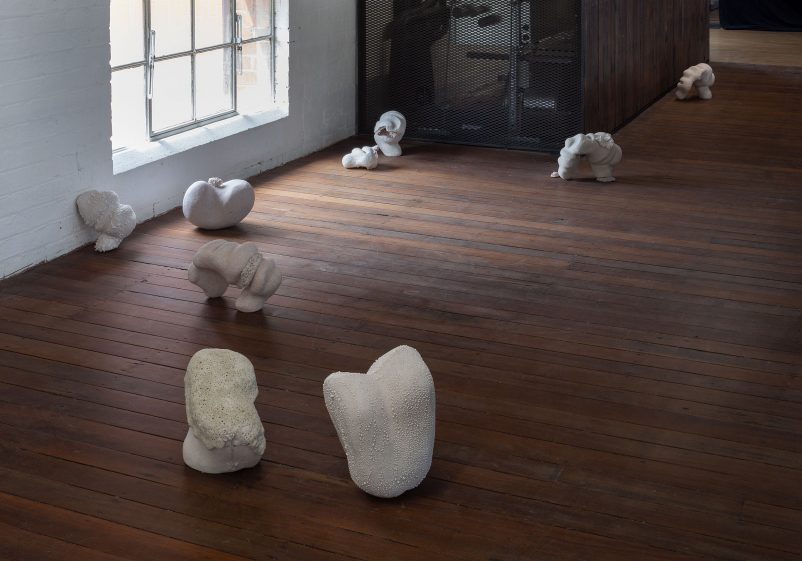 When tectonic historical events catch us unaware, uncertainty can begin to feel like an almost contagious malaise. What is the future of artistic imagination in this age of uncertainty?

Following the success of Performing Textiles in 2019, Unpredict: Imagining Future Ecologies is the second major curatorial project developed in collaboration between the Potter and the Victorian College of the Arts’ Honours (Visual Art) program. Student artists from the program were invited to embrace artistic speculation as a possible way to re-imagine the near future. Following a competitive selection process, eight artists were selected and worked across the year to develop new interdisciplinary responses to this premise.

Originally intended to be presented in the Science Gallery Melbourne STEM Centre of Excellence (education) at the end of 2021, the realities of the pandemic saw Unpredict shift into the digital realm, resulting in a fully illustrated digital catalogue and series of videos documenting each artist’s project and practice. The physical works were presented during the 2021 VCA Art Graduate Exhibition at the University of Melbourne’s Southbank campus.