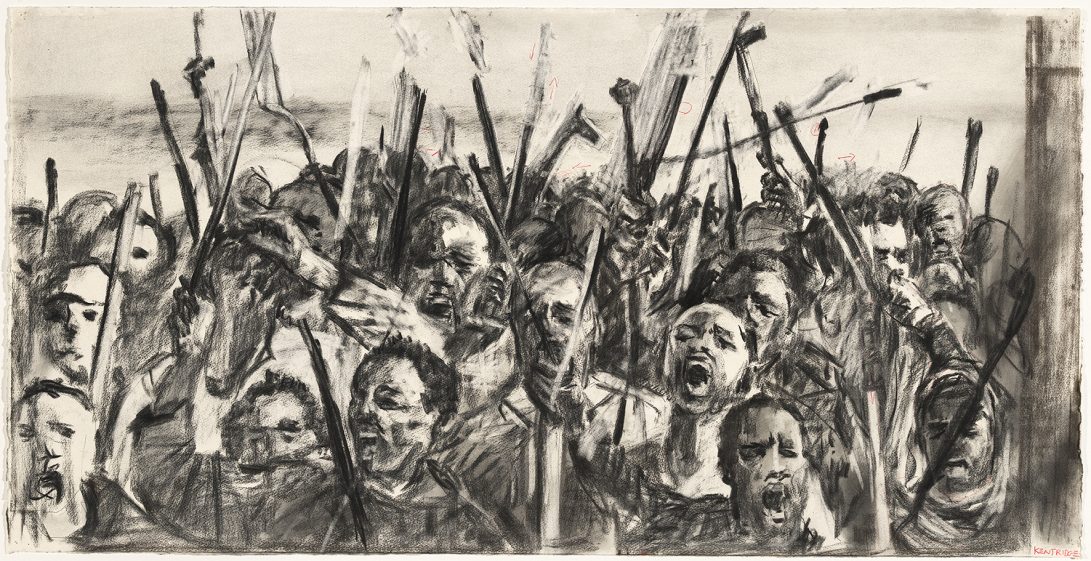 Celebrated South African artist William Kentridge works in a variety of media such as film, drawing and printmaking, to create work inspired by some of the most topical subjects in South African society and politics. This exhibition reveals the breadth of the National Gallery of Australia’s holdings of works on paper by Kentridge to the Australian public.

Kentridge was born in 1955 in Johannesburg. From the 1950s, his parents both supported South Africa’s anti-apartheid activists and their activism against injustice played an important role in his development and informed his work as a gifted figurative artist. In this context, Kentridge considered abstract art and conceptual art ‘an impossible activity’ in South Africa.

Kentridge addresses political subjects with a remarkable lightness of touch, a subtlety that is enhanced by juxtaposition, metaphor, irony and a sense of the absurd. The medium of charcoal drawing, which he uses in his unique film-making practice, enables Kentridge to add and subtract from compositions and to explore his subjects without finality. Through drawing, Kentridge is able to remodel, dismantle or dissolve his subjects as he develops his imagery over time.