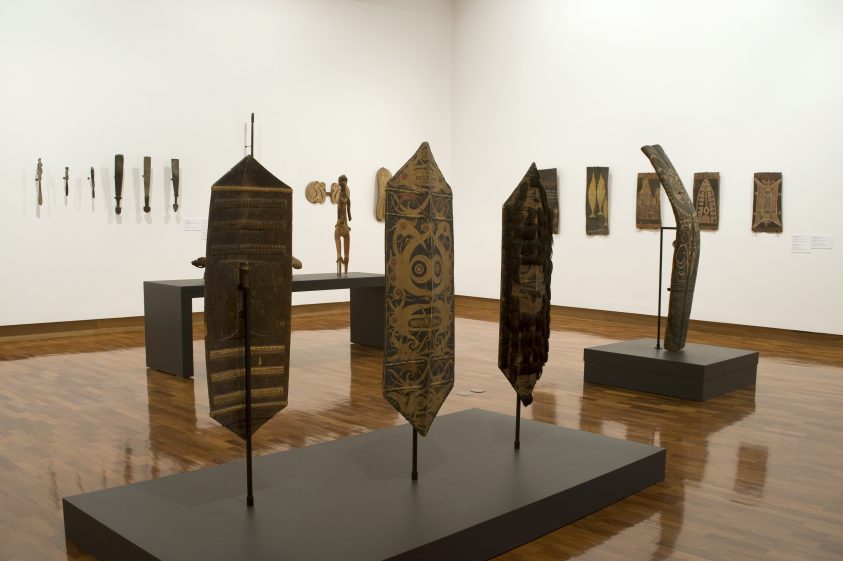 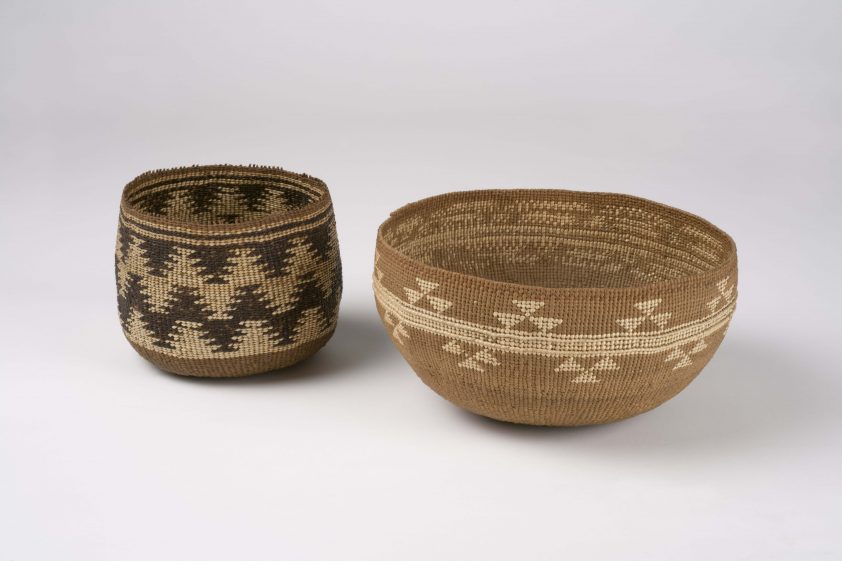 The Leonhard Adam Collection was formed between 1942 and 1960 by Leonhard Adam, a distinguished scholar and lecturer in the Department of History at the University of Melbourne. Leonhard Adam was one of the first in Australia to recognise the potential of Indigenous creative practices to deliver major cultural and economic benefits.

A selection of culturally significant and visually spectacular objects from the Indigenous cultures of North and South America, Africa, Melanesia, Asia, and Australia are the focus of this exhibition. Many works have never before been exhibited and much of the curatorial activity has involved researching the origins of the items to enable more accurate representation.

Key works include: an elaborate ceremonial flute figural carving from the Biwat people in the Middle Sepik region of Papua New Guinea; a Hamatsa raven mask from the Kwakwaka’wakw nations of the north-west coast of British Columbia, Canada; baskets woven by Native American Indians from present-day California; and Anindilyakwa bark paintings from Groote Eylandt in the Gulf of Carpentaria.