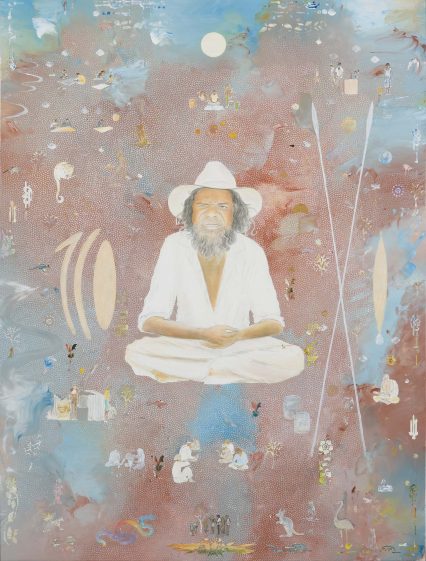 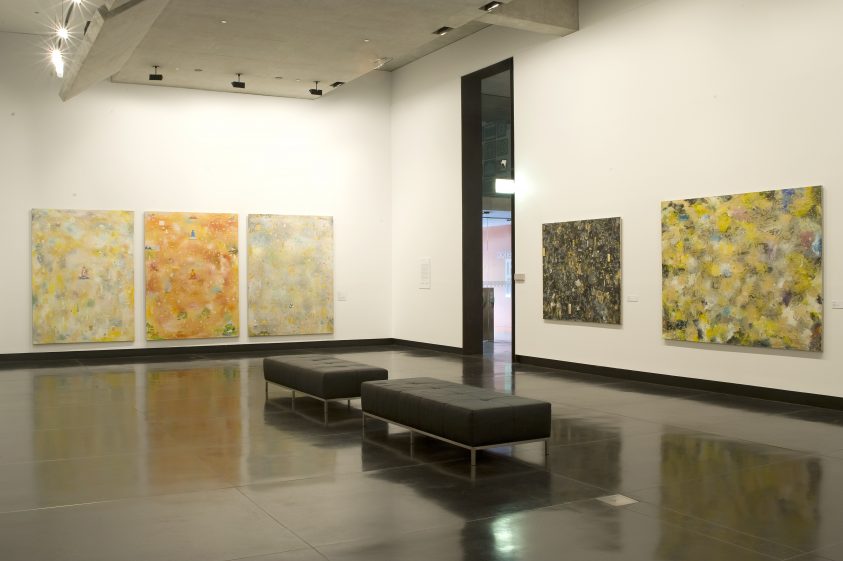 This major survey exhibition begins with Johnson’s activities as a conceptual and performance artist in the early 1970s and co-founder of the Inhibodress artists’ collective in Sydney. In addition to performance, documentation, films, and artists’ books made in the early 1970s, this section also includes Johnson’s paintings and prints that are inspired by punk music.

The main section of Tim Johnson: Painting ideas commences with paintings inspired by Johnson’s visits to Papunya in the 1980s and his subsequent collaborations with Aboriginal artists including Clifford Possum Tjapaltjarri and Michael Jagamara Nelson, among others. Johnson’s interest in Buddhism and Asian iconography is also explored, and he draws inspiration from diverse sources. The remaining section of the exhibition is devoted to the impressive paintings and other works that developed from Johnson’s interest in tracing an often eclectic, and at times controversial, equivalence between artistic and spiritual practices across cultures and countries.