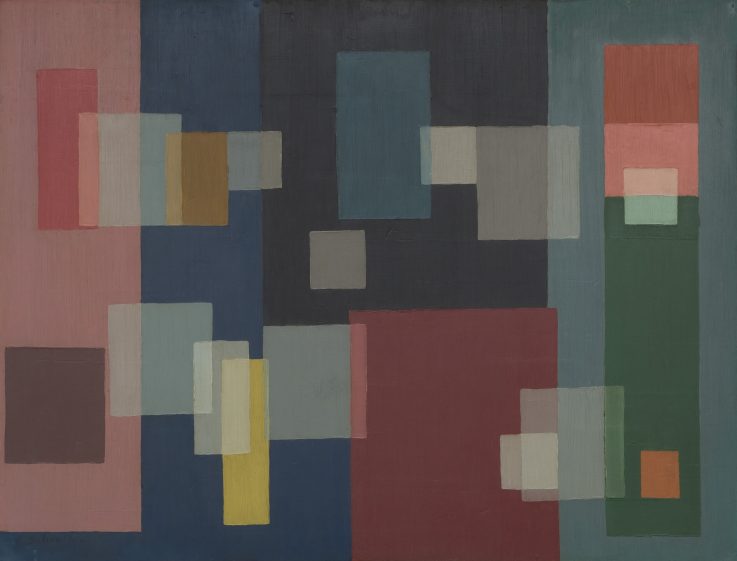 The lineage of abstraction has generally been presented in terms of two streams. The first progresses from Paul Cézanne and Georges-Pierre Seurat through to Cubism and then Geometric and Constructivist Abstraction. The second moves from Paul Gauguin through to the Fauves, Wassily Kandinsky to Surrealism and finally onto Abstract Expressionism.

While this structure assists with pigeon-holing movements for the linear description and teaching of the art historical canon, the question needs to be asked as to whether abstraction continued to follow such logical paths in the second half of the twentieth century. How did artists who embraced abstraction in the 1980s and beyond, and those who have been committed to the movement over a long period of time – such as Sydney Ball, George Johnson and John Nixon – confront the conceptual challenges and the positioning of their art within a broader narrative?  Is abstraction from this period truly post-modern in that it is multi-dimensional and responds to and interrogates everything from the spiritual to the architectural to the political? Is abstraction more than a formalist exercise; instead offering a window into the world in which we live and in which art is made?

Drawn predominately from the University of Melbourne Art Collection The less there is to see the more important it is to look aims to address some of these questions. Beginning with three early Australian modernist abstraction works and then presenting the diversity of the movement from the late 20th and early 21st centuries, the exhibitions aims to reposition the narrative of abstractionism, urging the viewer to ask questions about the accepted linear history.  The exhibition also promotes a closer reading of the works, encouraging the viewer to find meaning and reference in non-figurative artistic practice.