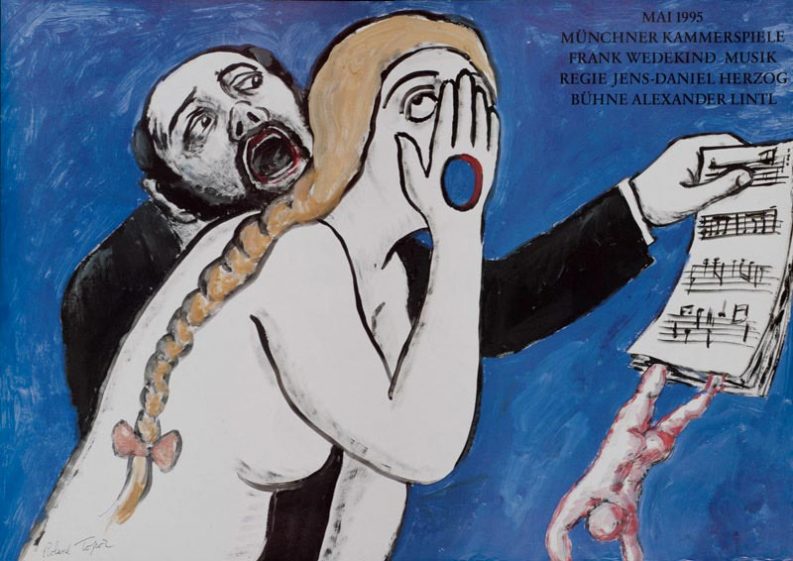 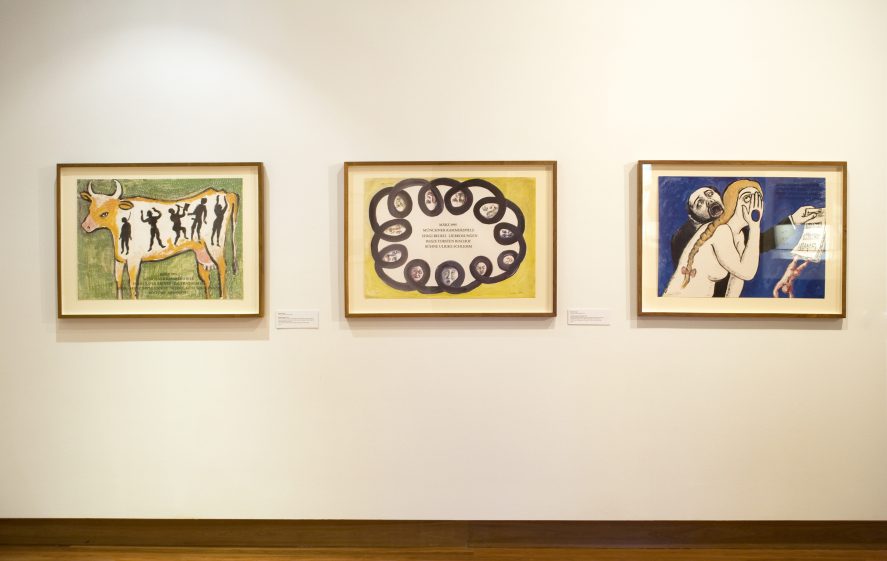 This exhibition presents twenty-two posters by the influential Parisian artist, filmmaker and novelist, Roland Topor, who died in 1997. From 1990 to 1996, Topor was commissioned by Münchner Kammerspiele (Munich Studio Theatre) manager Dieter Dorn, to create posters to promote theatre productions. Each poster usually lists season dates, the title of the play and its author, the director, set and costume designer and sometimes the starring actors.

Roland Topor depicts absurdities and impossibilities in his art. Influenced by Surrealism as a young teenager, Topor believed that drawing should be communicated directly from the unconscious. In the Munich Studio Theatre posters, he varies his expressive, swiftly drawn but detailed style to suit the mood and key plot elements of the play each poster promotes. Colour, tone, line, composition, and figurative motifs (notably including many different plant and animal orifices) come together in each image with imagination and often macabre wit.