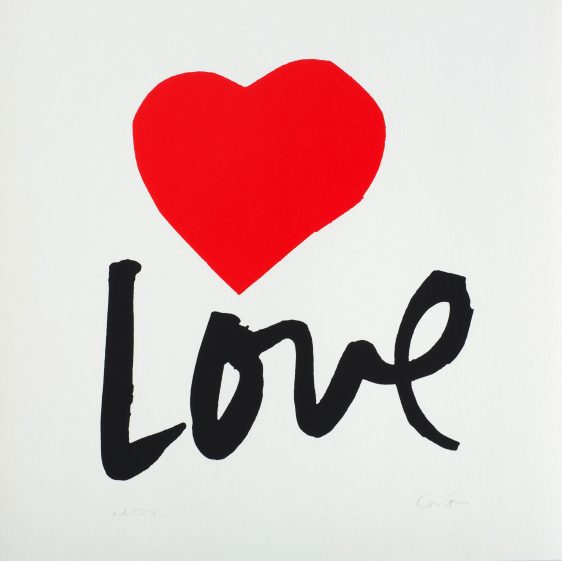 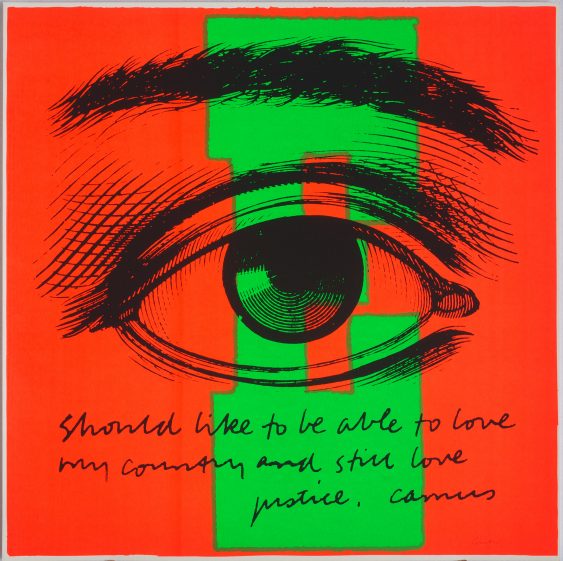 Sister Corita’s Summer of Love is a remarkable journey through the life and work of Corita Kent. (United States, 1918–1986). Kent is better known as Sister Corita, as she was a Roman Catholic nun who, from 1936 to 1968, lived, studied, and taught at the Immaculate Heart of Mary in Los Angeles, where she also headed the art department at the school there between 1964 and 1968. Sister Corita’s sensibilities were encouraged by what is known as Vatican II (1962), a movement to modernise the Catholic Church and make it more relevant to contemporary society. Sister Corita was a highly visible figure in the 1960s, the LA Times chose her as one of their ‘Women of the Year’ and Harper’s Bazaar included her in their ‘100 American Women of Accomplishment’. She also appeared on the cover of Newsweek under the banner ‘The Nun: Going Modern’. In 1968, Kent left Immaculate Heart and moved to Boston, where she lived until her death in 1986.

Sister Corita’s work borrowed magpie-like from signs and slogans, popular song lyrics, billboards, product packaging and magazine advertising, transporting messages of joy, faith, love, the power of God, and protest against the political crises of the times. These included the civil rights movement, the wars in Indo-China and South-East Asia and the assassinations of America’s political leaders. The work is colourful, always touching and more often than not, humorous. Like the best of preachers and political orators, her artworks and their messages can communicate to everybody.

The exhibition also included two films about Sister Corita: Mary’s Day (1964) directed by Bayliss Glascock; and Alleluia: The life and art of Corita Kent: the ‘60s (1967) directed by Thomas Conrad. (until Sun 12 March)

Sister Corita’s Summer of Love is a joint project by the Govett-Brewster Art Gallery and City Gallery Wellington.

The exhibition at the Govett-Brewster Art Gallery was curated by Simon Rees, Director.

This exhibition is generously supported by Catholic Church Insurance