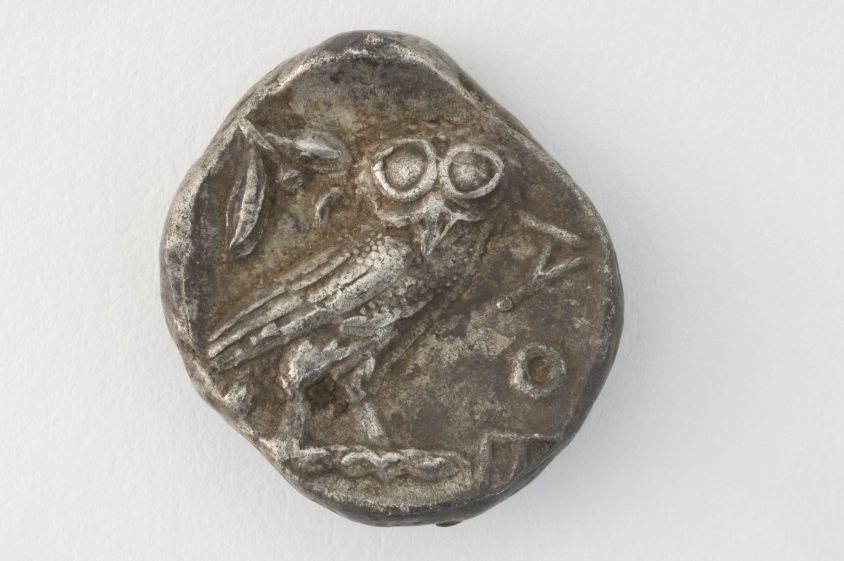 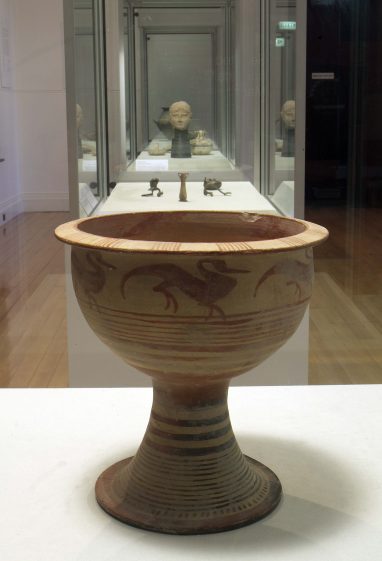 From 1988 to 1993, Marion Adams (1932–1995), Dean of the Faculty of Arts, the University of Melbourne, acquired an impressive collection of artefacts from the ancient Near and Far East, Egypt, Greece, Rome, Africa, and the Americas. Marion Adams’s husband, David Adams, has continued to build the Adams collection in her memory, and has generously donated items to the University of Melbourne.

The artefacts in the exhibition may be grouped into several geographical regions: eighteen pieces of Roman or Italic origin, nineteen from Greece and Magna Graecia, twenty-six Egyptian objects, and nineteen artefacts that span the civilizations of the ancient Near East, Iran (or Persia), Central Asia and the Indus Valley. Across this vast terrain is represented an equally wide spectrum of cultural horizons, including the Villanovan, Etruscan, Daunian and Italo-Corinthian; Athenian and Corinthian; Egyptian (Pharaonic and Ptolemaic); Mesopotamian (Syro-Hittite and Sumero-Elamite) and Parthian; Proto-Bactrian and Bactrian-Margiana; and Gandhara and Mehrgahr artistic traditions. Also included in the exhibition are a collection of thirty-two coins, mostly from the Roman Empire, with a small group from ancient Greece.