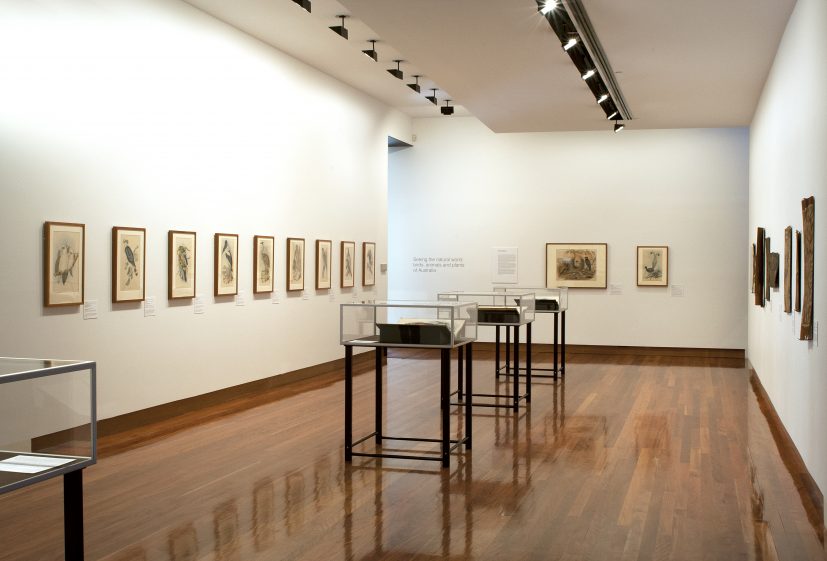 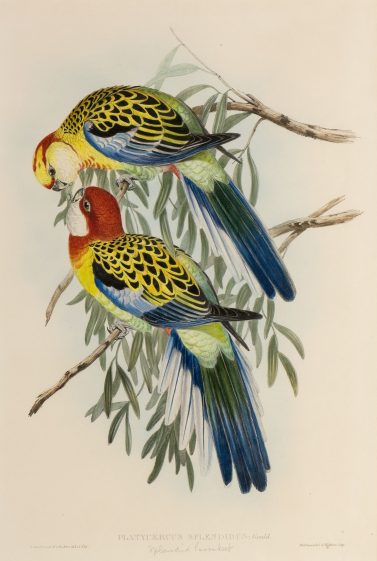 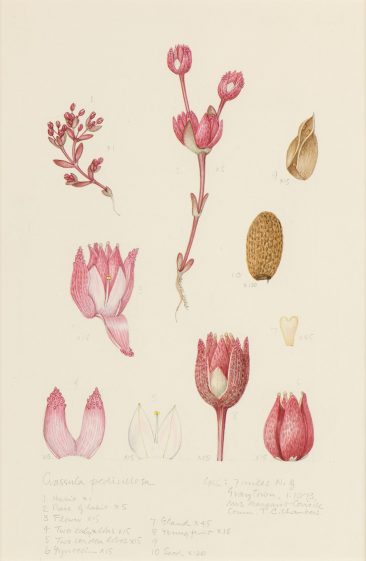 Culturally important barks from Groote Eylandt painted in the 1940s and a late nineteenth-century carved wooden parrying shield from Victoria communicate ancient traditions and the Aboriginal encounter with cross-cultural life since colonisation. These works provide opportunities for reflection and investigation into Aboriginal ways of seeing and painting the natural world. The works of the Mildjingi bark painter Mick Makani Wilingarr from central Arnhem Land from the 1930s to the 1960s similarly provide opportunity for insight into another unique Aboriginal response to the natural world.

The works of the nineteenth-century artists John Lewin (who arrived in Australia in 1800), John and Elizabeth Gould (who visited Australia in 1838–39) and Henry Constantine Richter (who worked with Gould in England from c. 1841 to 1881) are among the best nineteenth-century European natural history illustrations. Book illustration in the form of copper plate engravings produced by Lewin and lithographs published by Gould reflect the scientific analysis and documentation of nature at a time when European interest in science was expanding in exciting ways. The search for scientifically-based recordings of nature was accompanied by a particular aesthetic approach to illustration which had a profoundly important impact upon the classification of the natural world over the next 100 years. The work of the Australian botanical artist Margaret Stones, who began her career in the mid-1940s, belongs to this tradition. Her repertoire of botanical drawings and watercolours is a remarkable and outstanding internationally recognised achievement.

Viewers are encouraged to consider Aboriginal ways of seeing the natural world through stories and cultural meanings, and to contemplate European cultural traditions in seeing and depicting nature through observation and documentation. All of the works on display reflect the particular milieu in which they were made as well as the special characteristics of the individual, cultural and collective artistic vision. Viewers are also invited to consider their own engagement with the natural world in response to this thought-provoking and beautiful exhibition.