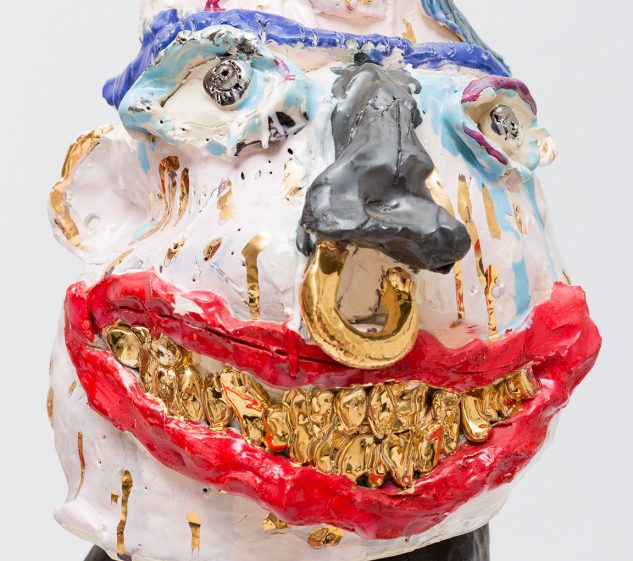 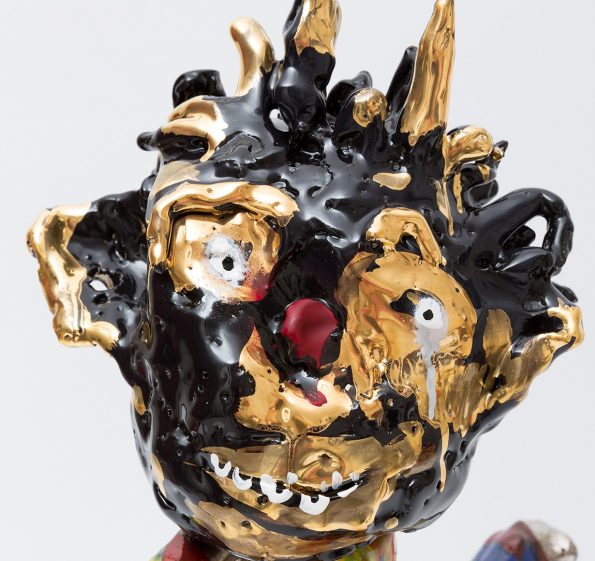 Ramesh Mario Nithiyendran pushes the symbolic and material qualities of clay to produce iconoclastic sculptures that break the rules of the medium. Combining Hindu and Christian symbolism with the subversive imagery of internet memes, his wildly mishapen characters act as avatars through which to explore gender and eroticism, religion and popular culture, exoticism and outsider aesthetics.

The exhibition’s title, In the beginning, refers to creation myths. To the artist, these ancient narratives about the origins of the world evoke analogies to the creative process and to the generative potential of his preferred medium. A frequent point of reference for the artist is the Christian narrative in which Adam is created out of clay. The Hindu god Lord Shiva is an inspiration for Nithiyendran’s frequent merging of male and female in gender fluid hybrid figures. The malleability of clay enables a radical re-imagining of the human form and an opportunity to make the world anew.

Nithiyendran’s exhibition at the Potter represents an exciting development for the artist. Across an entire floor of the museum, vibrant colour and exuberant wall drawings contribute to an immersive environment within which the artist’s idiosyncratic ceramic figures sit alongside a monumental unfired clay sculpture, a new bronze work, and a range of objects selected from the University of Melbourne’s Cultural Collections, including ancient Greek pottery, Indian religious art and animal specimens from the Tiegs Museum of Zoology.