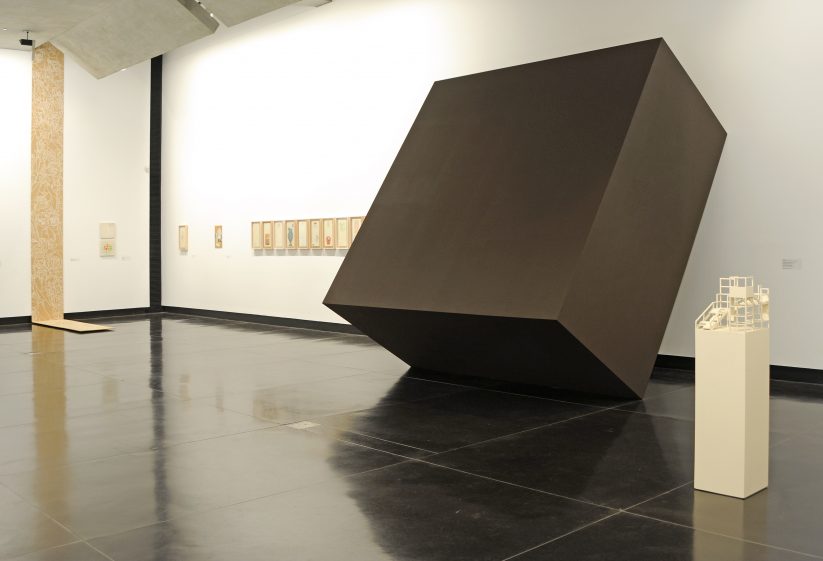 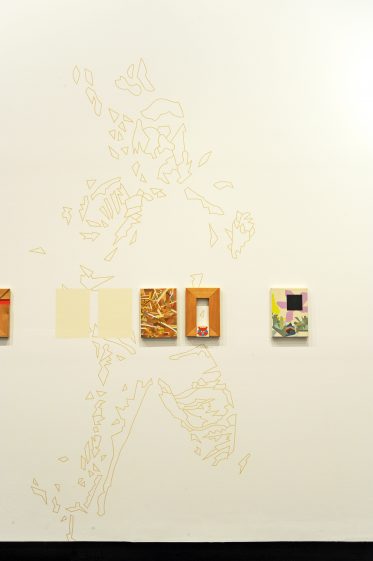 This exhibition is a rare opportunity to consider nearly twenty years in Australian art from the perspective of the artist, Raafat Ishak, who began exhibiting in Melbourne in the early 1990s. Ishak’s involvement in many activities including: artist-run initiatives, collaborations with friends, site-specific projects, small-scale painting, and art that comes off the stretcher onto walls and floor, indicate many of the key characteristics of his generation.

In this exhibition, Ishak responds specifically to the architecture of the museum. His special projects include a reconfigured installation that was originally shown in Correction, a solo exhibition in the small artist-run space, Lovers, 1999, a site-specific work that is installed on the rear south-west corner of the museum’s façade, and another collaborative work that occupies the basement windows visible from Swanston Street.

Recipes for aversion and strategy suggests that Ishak would not necessarily agree that contemporary art practices can be readily unpacked for broad consumption. Rather, he proposes that art is part of a constantly shifting process that takes account of the political and cultural circumstances of governments and institutions, just as much as individuals.