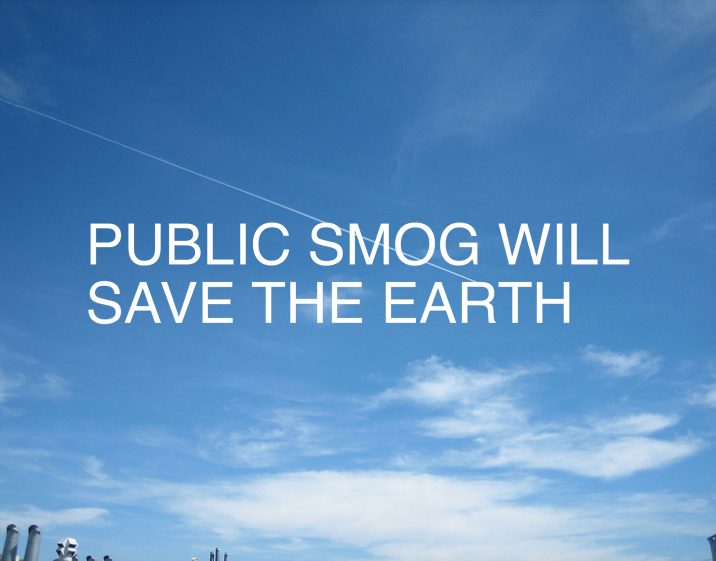 Amy Balkin is an American artist whose practice investigates the geo-political and legal structures that define and claim the land and sky. Interested in the evolving issues around climate change politics, Balkin’s process-oriented work includes the purchasing of land and the atmosphere, the creation of websites, photographs and videos, and the presentation of public talks. As part of the Art+climate=change festival, and in conjunction with the exhibition Nature/Revelation,  the Potter will present Balkin’s ongoing project Public Smog, which seeks to create a park in the atmosphere that fluctuates in location and scale.

A key aspect of the project has been the attempt to have the Earth’s atmosphere listed on the UNESCO World Heritage List. An activist-style and socially engaged work, Public Smog consists of dozens of letters from countries who have lobbied the UN to have the atmosphere protected and thousands of postcards which are completed by the audience and posted to the UN and Governments. For the Melbourne iteration of this project, Balkin will create a new aspect which directly relates to local climate change politics.