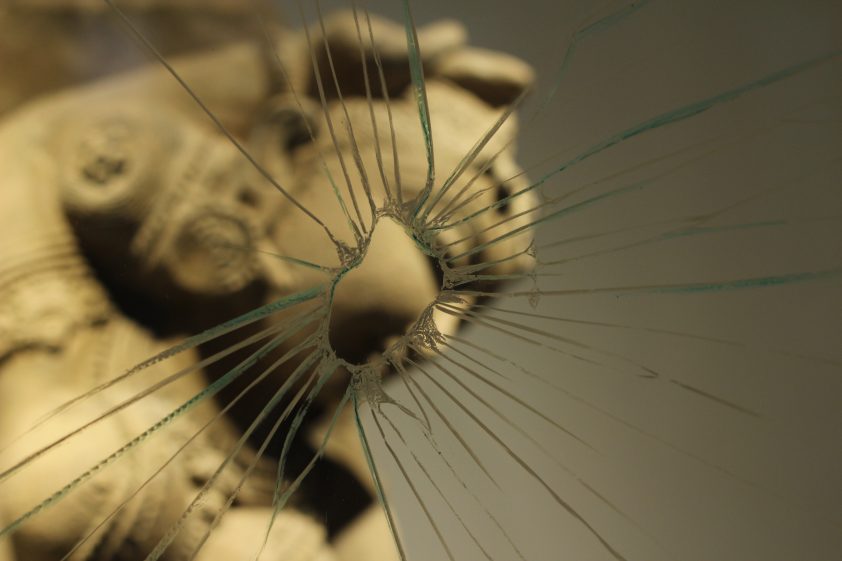 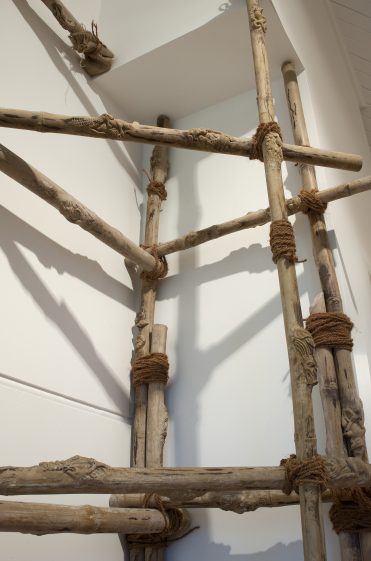 Presented in partnership with Utopia@Asialink, in association with Melbourne Festival

Born in 1974, the internationally acclaimed artist Jitish Kallat lives and works in Mumbai, India. On 11 September 2010, Kallat presented his landmark solo exhibition, Public notice 3, at the Art Institute of Chicago. His site-specific work brought together two events: the 11 September 2001 terrorist attacks on the World Trade Center and Pentagon, and the First World Parliament of Religions which took place on 11 September 1893 in what is now the Art Institute of Chicago building. The basis of Public notice 3 was an inaugural speech delivered by Swami Vivekananda at the Parliament calling for an end to fanaticism and a respectful recognition of all traditions of belief through universal tolerance.

In 2011, Kallat presented Fieldnotes: tomorrow was here yesterday, an important project that explored the history and architecture of the Dr Bhau Daji Lad Museum in Mumbai, one of the oldest museums in India. Fieldnotes was curated by Dr Tasneem Mehta.

Jitish Kallat: Circa is Kallat’s first solo exhibition in an Australian museum. Following the reflective nature of his recent projects, this exhibition is conceived as an evolving narrative; an experiment of multiple interventions across several spaces within the Ian Potter Museum of Art. During the course of six months from October 2012 to April 2013, some works will appear for a few days, while others will remain on display until the end of the exhibition. Still others await conception when the departure of interventions makes space for them as part of an evolving entry and exit of ideas. Chance, contingency and contagion each play a key role in the development of this shape-shifting project. One utterance infects another so that procreating possibilities give rise to a tentative, evolving, dispersed and inconclusive oration in several parts of the museum.

Kallat’s works are set in playful and poetic conversation with the Ian Potter Museum of Art’s atypical architecture and the broad time-scale of the exhibition program, which simultaneously presents art from the Neolithic period to the present day. With the concept of ‘time’ and ‘recursion’ at the heart of the project, Kallat’s interventions include a 120-part sculpture titled Circa, which evokes bamboo scaffolding; two interventions using mirrors titled, Footnote (mirror 1) and Footnote (mirror 2); drawings on the glass of museum vitrines; a video projection on the Potter’s facade; and sound and inscriptions of found text on the walls of the gallery. Kallat’s interventions in the Classics and Archaeology Gallery are installed in relation to a display of ancient Indian carved stone sculptures and colonial-era maps from the University of Melbourne as well as private collections.

Jitish Kallat’s work has been exhibited at Australian museums and institutions including the Art Gallery of New South Wales (Sydney), the Queensland Art Gallery/Gallery of Modern Art (Brisbane), and Gallery 4A (Sydney). In Australia, Kallat has held two solo exhibitions at Gallery Barry Keldoulis (Sydney, 2006); and at Sherman Contemporary Art Foundation (Sydney, 2009).