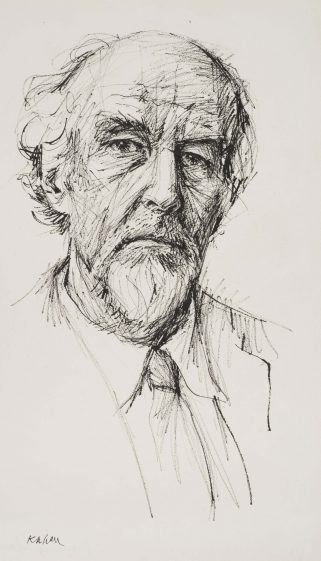 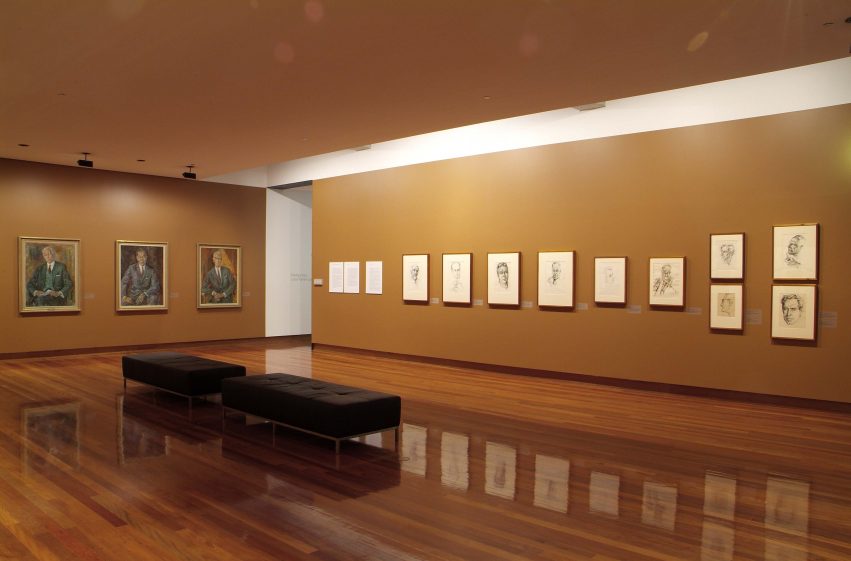 This exhibition brings together Louis Kahan’s remarkable portraits of writers for the provocative literary and cultural journal Meanjin from 1955 to 1974. With Kahan’s inspired contributions, Meanjin became, in Geoffrey Blainey’s words, ‘an illuminating mirror of Australian cultural life’. In his work, Louis Kahan AO (1905 – 2002), depicted the facial idiosyncrasies of his subjects and the physiognomic traits of the thinking, working mind.

The verve and concision of his drawing technique is highly effective. Instead of a static record of facial features, Kahan’s pen and ink lines fly and coalesce around nodal points in the face, such as the brow and the mouth, correlating with the high velocity synthesis of free and disparate thoughts at work in the mind within. This exhibition presents portraits of literary luminaries and outstanding Australian poets such as: Vincent Buckley, Miles Franklin, Dame Mary Gilmore, AD Hope, Kenneth Slessor, Christina Stead, Francis Webb, and Patrick White. Major historians of diverse opinions such as Manning Clark and Geoffrey Blainey are also represented in some of Kahan’s most memorable images. Drawn from the University of Melbourne’s Baillieu Library Special Collections, this exhibition includes more than fifty drawings by writers, poets and intellectuals.