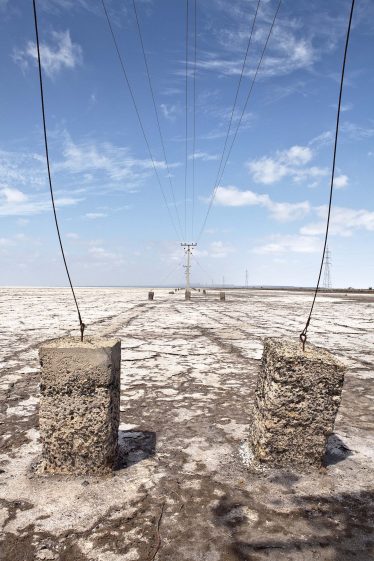 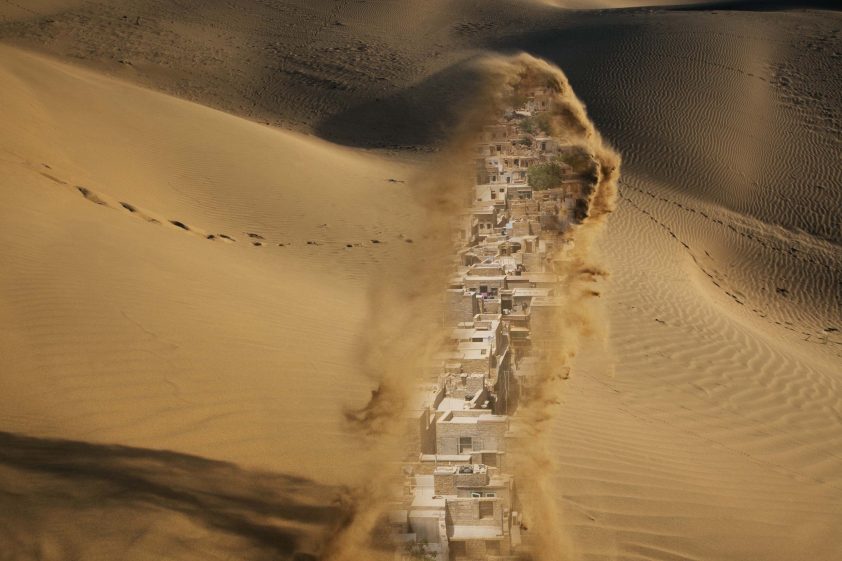 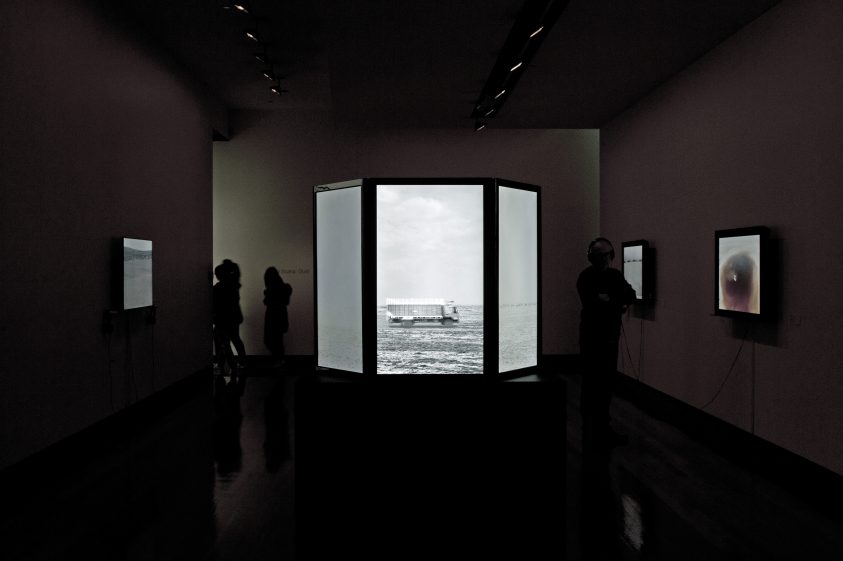 Born in 1973 in Kothanalloor, a village in the southern Indian state of Kerala, Gigi Scaria lives and works in New Delhi. Dust is an exhibition of new work produced especially for the Ian Potter Museum of Art.

Displayed over three galleries, Dust takes as its subject the geography of the Rann of Kutch and the Thar Desert, located on India’s border with Pakistan. In April and May this year, Scaria travelled to this far western part of India to experience the landscape on foot. The photographs installed in the ground floor galleries record the seasonally affected terrain of salt marshes, quarries, distant ‘islands’ of vegetation, and endless horizons. It is a landscape that is at the same time unusual and familiar, evoking associations with many other desert regions, including those in Australia.

Scaria describes the places he visited as ‘non-identifiable localities’ and ‘spaces of non-existence’; places in which we might be most present by means of our imagination, memory and perception, as much as by analysis of the physical ‘evidence’ we see before us.

While Dust marks a visual departure from the animated architecture and modified cityscapes of Scaria’s previous work, it continues his address to what catalogue essayist Ranjit Hoskote describes as one of the major themes of his art: ‘the crisis that has been forced upon the planet as a result of the reckless onslaught that humankind has visited on its surroundings at a constantly accelerating pace since the dawn of the Industrial Revolution’.

Gigi Scaria has exhibited widely since the mid-1990s. In 2011, he was one of five artists to represent India at the 54th Venice Biennale in the exhibition Everyone agrees: it’s about to explode. In the same year, his work was presented at the 3rd Singapore Biennale and the Prague Biennale. Scaria was a 2012 University of Melbourne Macgeorge Fellow. In January this year he was one of nineteen Australian and Indian artists to participate in the Australia India Institute’s artists’ retreat facilitated by art historian and curator Chaitanya Sambrani in Jaipur, India.