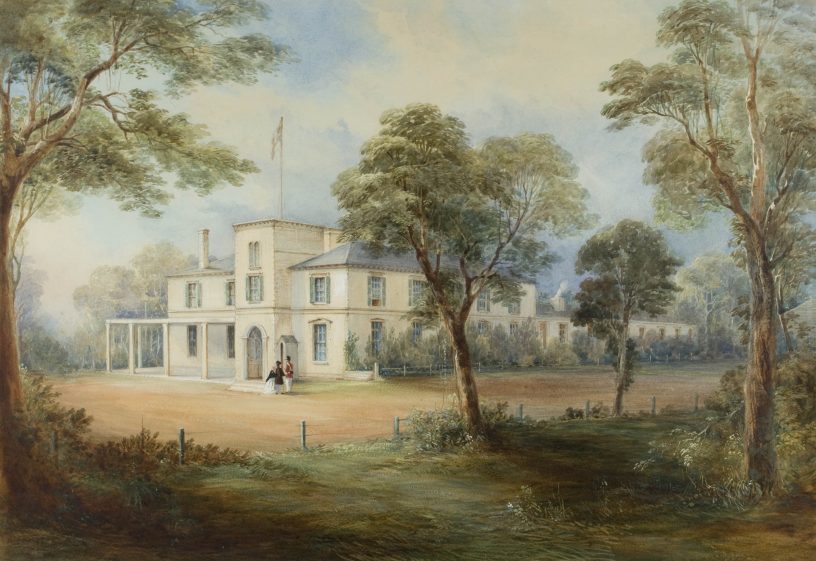 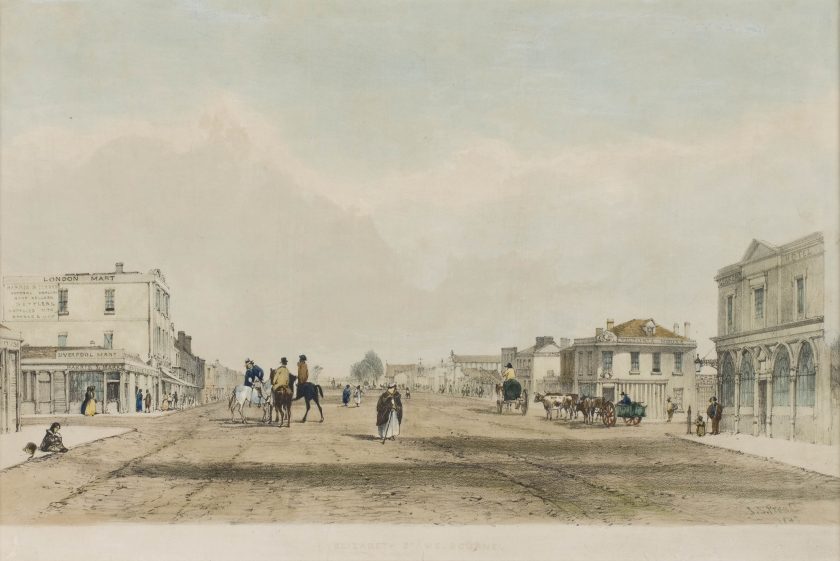 The city of Melbourne prides itself on its reputation as ‘Australia’s cultural capital’, and its development from an outpost shanty town to an antipodean metropolis is a fascinating journey. From the very birth of the colony, art has documented and communicated the growing mythology and history of Melbourne, which in turn has contributed to our collective understanding of its cultural narrative.

This story is told in Far-famed city through historical and contemporary works of art drawn from the Russell and Mab Grimwade ‘Miegunyah’ Collection, the Vizard Foundation Art Collection of the 1990s, and supplemented by borrowed artworks from contemporary artists including David Waldeton and Jon Campbell. Works range in date from the 1840s through to now, and the exhibition takes viewers on a journey through Melbourne that encompasses the technical, pictorial and imaginative aspects of representing its topography, whether through panoramic mapping, tropes of the picturesque and pastoral, or nostalgic attempts to reconstruct past urban landscapes.