Don't Be Too Polite: Posters and Activism | Ian Potter Museum of Art 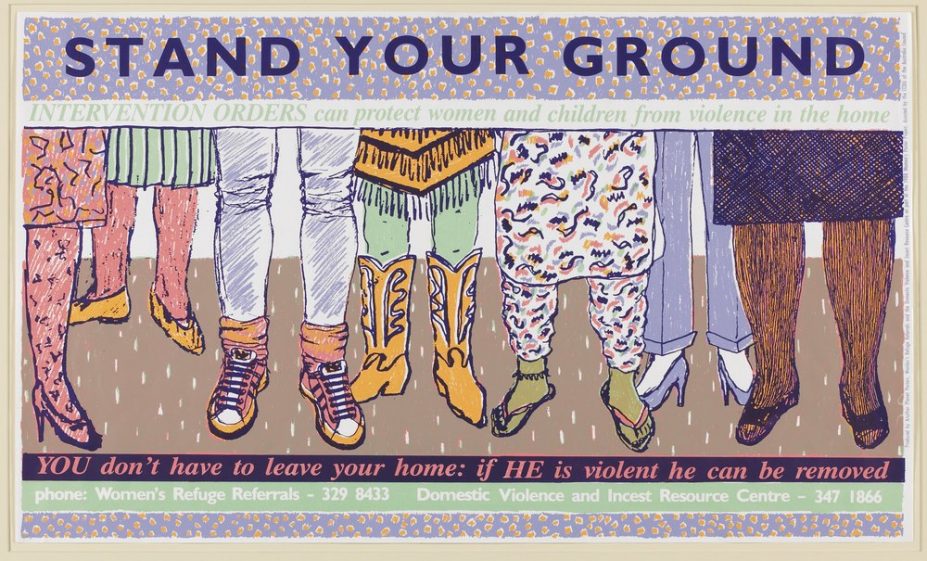 Don’t Be Too Polite presents an exhibition of graphic works from three influential Melbourne based printmaking collectives. Sharing similar concerns with Sister Corita’s Summer of Love, this exhibition considers the agency of community printmaking workshops through participation and learning. Focusing on printmaking collectives Redletter Community Workshop Inc. (1977-1991), Another Planet Posters (1985-1991) and Red Planet Inc. (1992-2001), Don’t Be Too Polite reflects on community engagement and concern for the socio-political and economic environment of the late twentieth century.

At the core of these organisations was collaboration, through access to facilities and a supportive learning environment allowing them to produce timely and significant work in response to nuclear testing, shifting social norms, a growing awareness of the environment, immigration and economic and social rights.