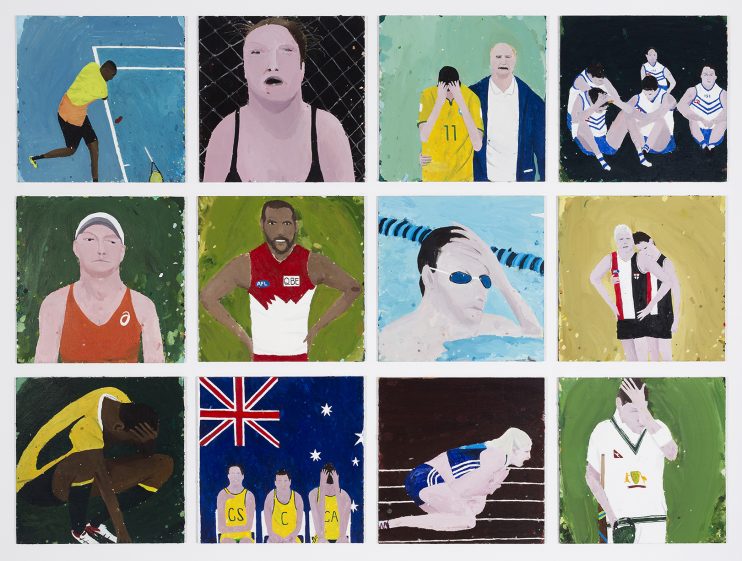 The Basil Sellers Art Prize invites artists to tackle an Australian obsession – sport. In its tenth year, the Prize offers artists the opportunity to be a part of a major exhibition at the Ian Potter Museum of Art, the chance to win the $100,000 acquisitive prize, the $5,000 People’s Choice Award and the Basil Sellers Creative Fellowship at the National Sports Museum.

Since its inauguration, the Basil Sellers Art Prize has sought to engage with art and sport in the broadest possible sense; artists are not restricted by medium or approach. Over its ten year history, the Prize has borne witness to shifts in the cultural landscape; there is greater discourse on sport and technology, women and sport, the role of the media and increasing access and participation.

The $100,000 Prize was awarded to Richard Lewer’s artwork The Theatre of Sports at the opening event on Friday 22 July. A People’s Choice Award of $5,000 was awarded to Grant Hobson for his work Koonibba Roosters 1906 to 2016. Vipoo Srivilasa was awarded the Basil Sellers Creative Fellowship at the National Sports Museum at the MCG.

The Basil Sellers Art Prize is supported by Basil Sellers AM and aims to encourage contemporary artists to develop their practice, to engage with the many themes within sport past and present, and to contribute to critical reflection on all forms of sport and sporting culture in Australia.