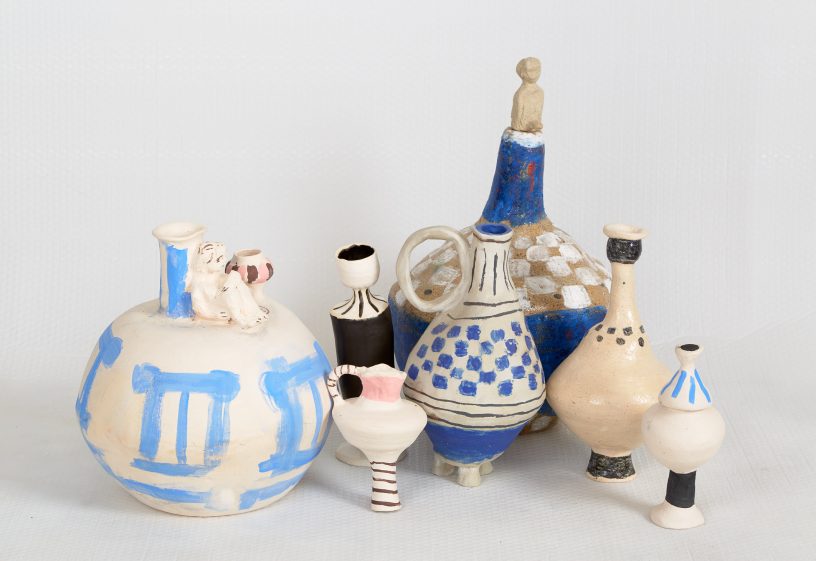 Forms of life is a response by Melbourne-based artist Angela Brennan to the University of Melbourne’s collection of Greek and Cypriot artefacts. Featuring a newly-commissioned body of work, Brennan’s ceramics, drawings and fabric works will be presented alongside objects from the University’s antiquities collection. Informed by stylistic properties such as shape, decorative marks, and material textures, embedded in the artefacts, Brennan’s new work considers the question of how pre-modern artefacts may contribute to contemporary practice.

Brennan has been an important figure in Australian contemporary art since the 1990s when she emerged as part of an influential group of artists re-engaging with colour abstraction. In recent years, Brennan has turned her attention to ceramics, which she employs with the same exuberant approach to colour and form evident in her paintings.