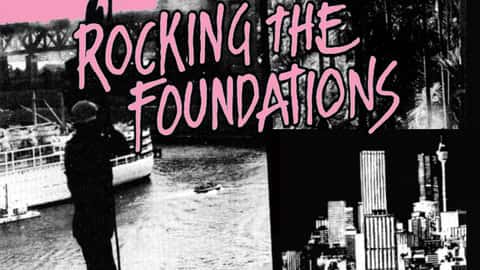 Rocking the foundations is a historical account of the Green Ban (strike action) introduced by the New South Wales Builders Labourers’ Federation in the 1970s in response to community demand to preserve inner-city parkland and historic buildings. One of the first women to be accepted as a builders labourer, filmmaker Pat Fiske traces the development of a quite singular union whose social and political activities challenged the notion of what a union should be.

This award-winning documentary is set against the massive social and political upheavals of the 1960s and ’70s: the Vietnam War, Aboriginal land rights, women’s liberation and the environmental movement. Told through interviews, historical footage and graphics, Rocking the foundations is an uplifting film about social change and how ordinary people can make that happen.

The film was introduced by activist Dave Kerin, who conducts tours of Melbourne’s CBD, looking at heritage-listed buildings saved by union and community activists.