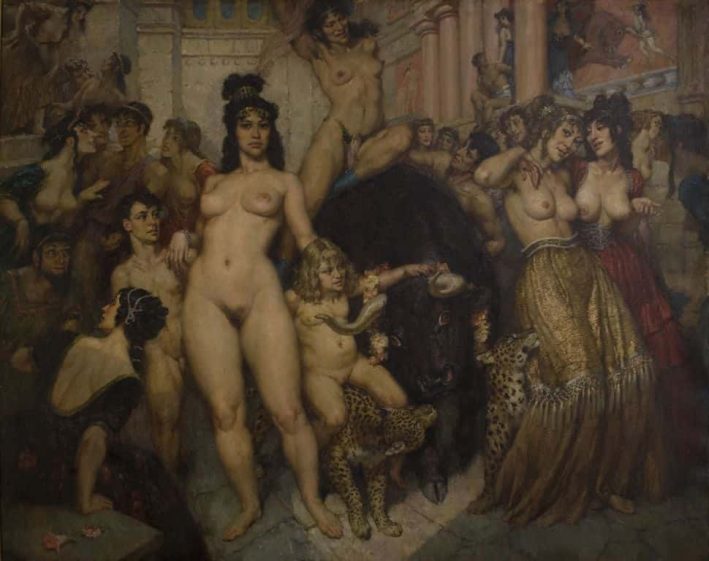 Norman Lindsay (1879–1969) was not only a highly productive artist but he worked throughout the course of his career as a cartoonist and book illustrator and also wrote several fiction and non-fiction books. During the 1920s and 1930s his work frequently scandalised the public with its depictions of nudity and themes of romance and adventure that paralleled popular entertainment from the Hollywood cinema of the period.

The Norman Lindsay Collection consists of major oil paintings, watercolours, pen and pencil drawings, etchings, an etching plate, two ship models and a plaster model for a fountain at the artist’s home, ‘Springwood’ (which is now a museum), in the Blue Mountains, near Sydney.

Norman Lindsay donated the collection to the University of Melbourne in 1969. The gift was negotiated by Professor Brian B. Lewis, then Professor in the School of Architecture, and Wesley Pemberthy, a former pupil of the artist, and was for many years displayed in the Architecture building.