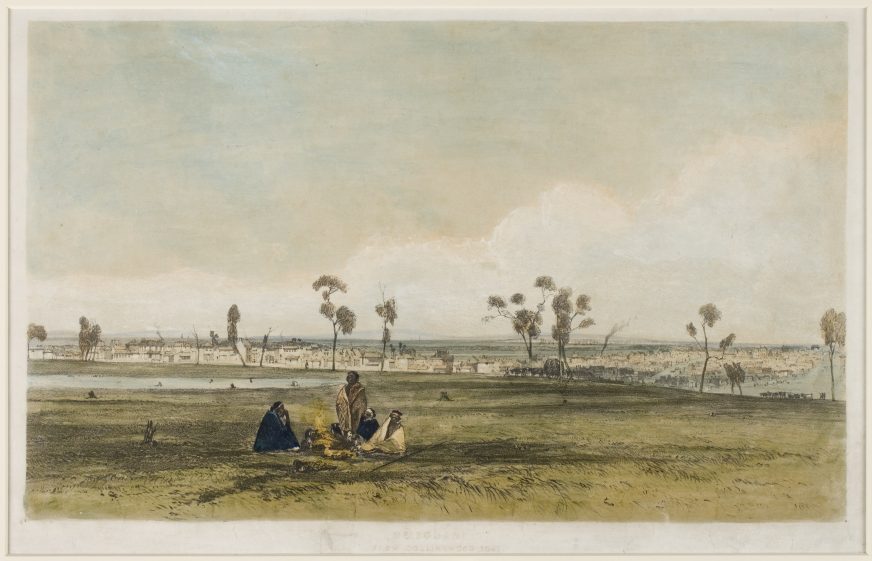 On 30 August 1835 a party of Tasmanian speculators disembarked from the schooner Enterprize on the banks of Birrarung (the Yarra), beginning the settlement later named Melbourne. But of course this was occupied Country. This lithograph by John Skinner Prout, produced in Hobart following a visit to Melbourne in 1846-47, shows an Aboriginal group seated on their land in the vicinity of Gertrude Street, Fitzroy, which remains an important meeting place.