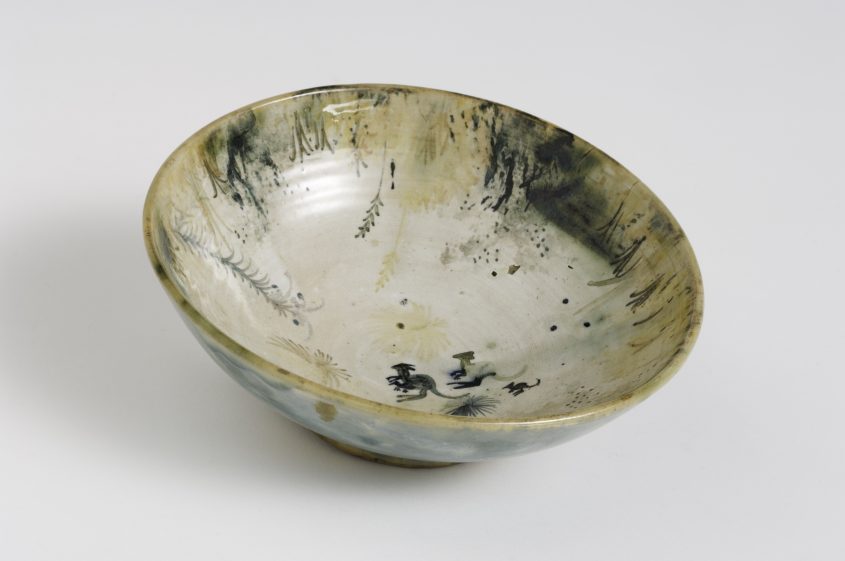 In 1944 artists Arthur Boyd, John Perceval and Peter Herbst established the Arthur Merric Boyd Pottery in a shop in Murrumbeena, in Melbourne’s eastern suburbs. Following the end of the war their functional domestic ware became more highly decorated, hand-painted by a range of artists each with own distinctive style. Neil Douglas replaced Herbst in the partnership in 1950 and his keen interest in gardening and passion for the Australian bush is evident in his bowls, platters and other vessels decorated with native animals and plants. In his later years Douglas became an ardent conservationist and vocal advocate for the environment.