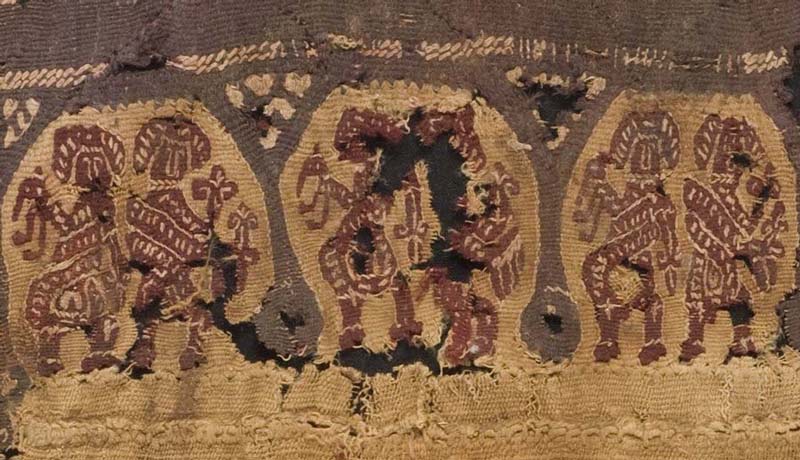 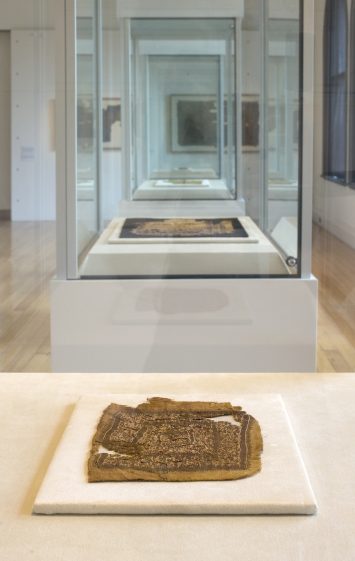 Organic material and fabrics decompose easily so it is extremely rare for ancient textiles and papyrus to survive in the archaeological record. Fortunately, the hot and dry climate of Egypt has preserved many pieces of ancient papyrus and cloth. This exhibition features rare ancient Greek papyri from Oxyrhynchus—a site in upper Egypt, and Coptic textiles that once belonged to elaborately adorned items of clothing worn in the time of Christian Egypt.

Over the past century, the area around Oxyrhynchus has yielded an enormous collection of papyrus texts dating from the time of the Ptolemaic and Roman periods of Egyptian history. Featured in this exhibition are papyrus fragments discovered at Oxyrhynchus from the first book of Thucydides. Other texts include a declaration concerning the sale of a slave, and various private accounts, receipts, and personal letters.

Illegal excavations have brought thousands of Coptic textiles onto the antiquities market. These textiles were probably made when the majority of people in Egypt subscribed to the Christian faith during the fourth to seventh centuries. This exhibition includes woollen tunics, or parts of garments such as tunic ornaments, panels, shawls and shrouds. Coptic textiles are notable for the richness of their decorative motifs: geometric patterns, human figures, birds, animals, fish, flora, mythological themes, Nilotic and marine scenes, episodes from the Old and New Testaments, and crosses.