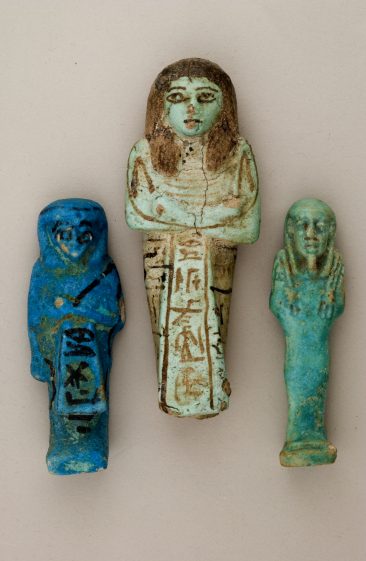 Mummymania focuses on the figure of the Egyptian mummy and its role within the themes of life, death, resurrection and immortality. Ranging from the mummy’s original role in ancient Egyptian funerary practices to its importance in early scientific investigations into ancient disease and medicine, and its popular reception as a malevolent Hollywood monster-figure, the exhibition looks at the changing perception of the mummy over time.

Mummymania includes a small number of mummified objects that reveal the mummification process in ancient Egypt and its relationship to Egyptian afterlife beliefs. The history of the exploration of Egypt by Europeans and the export of ancient Egyptian antiquities including mummies also features, including the public mummy-unrolling spectacles that were popular in the nineteenth century. The pivotal use of mummies in medicine, and the scientific analysis of tissue including the use of CAT scanning in order to understand ancient disease, is an important aspect of the legacy that is not widely known. This lesser known history is explored alongside the mummy’s well-known role as a Hollywood horror film star.