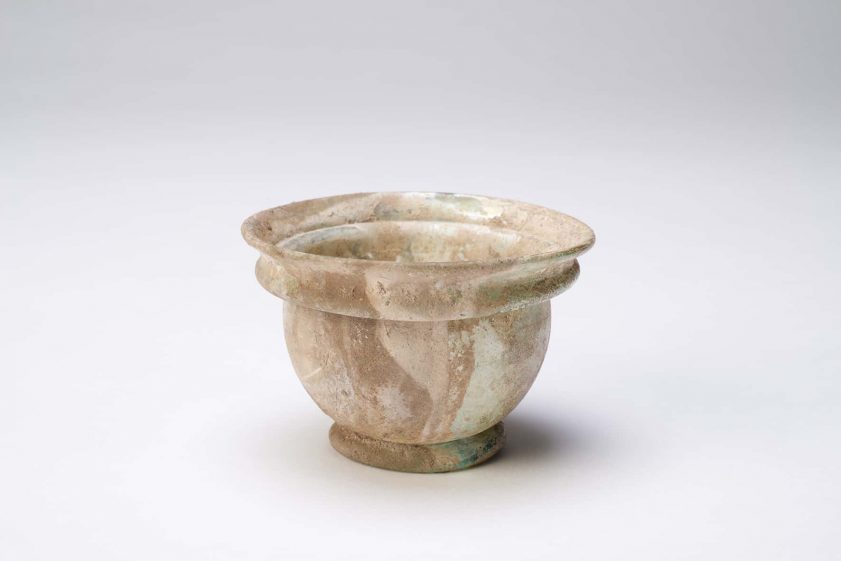 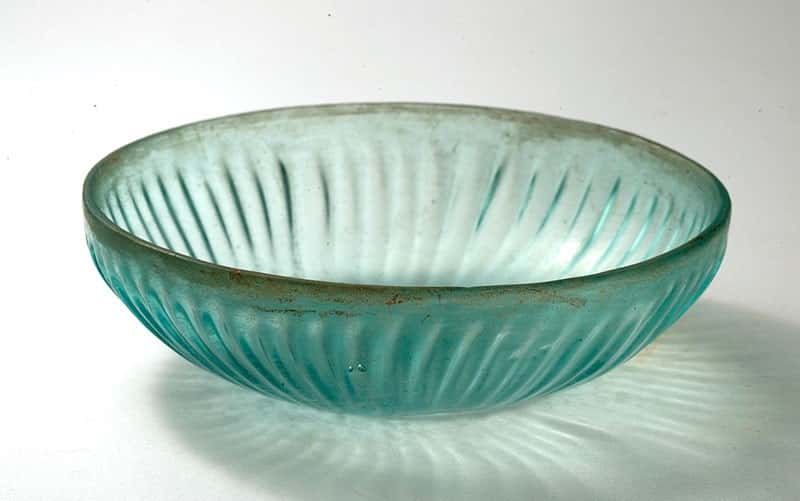 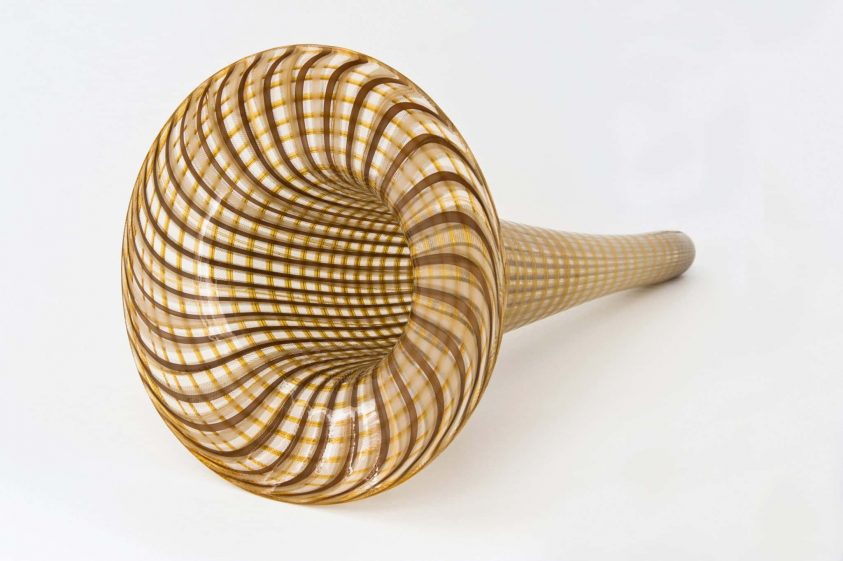 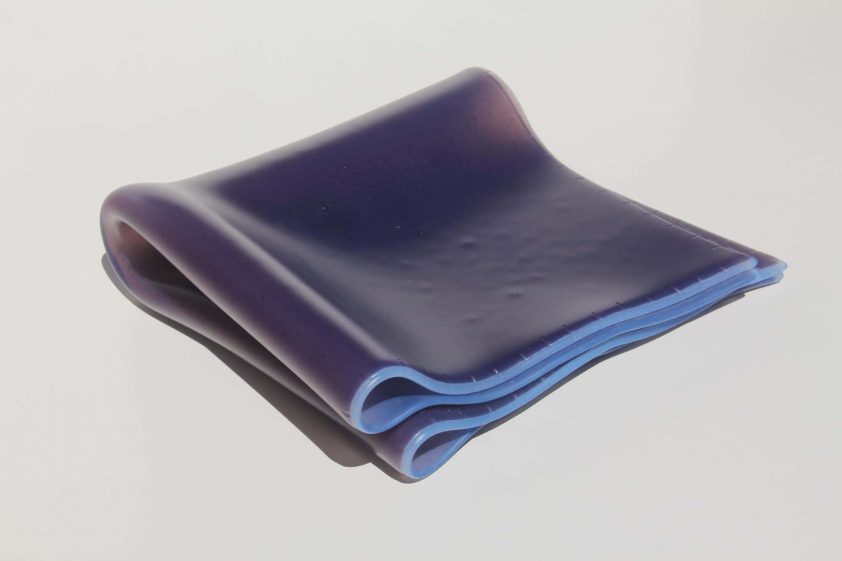 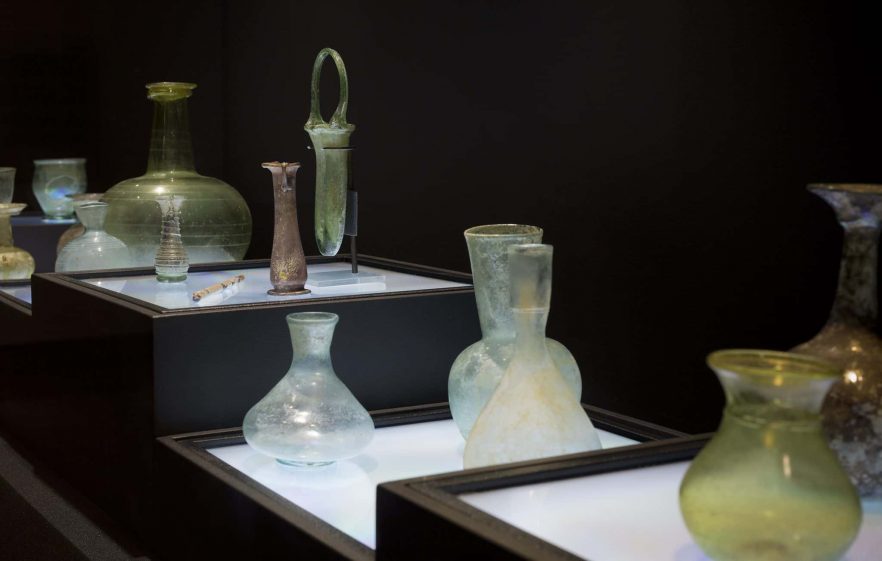 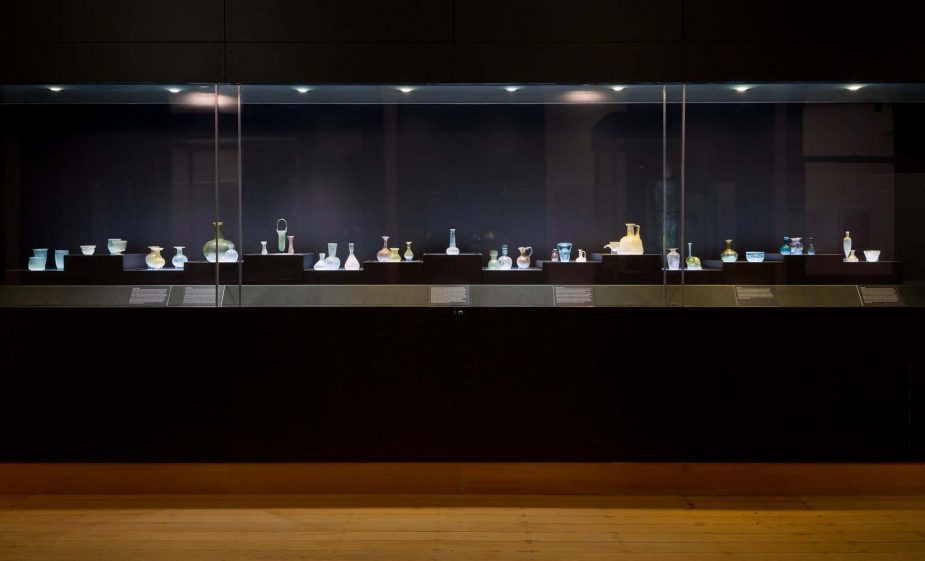 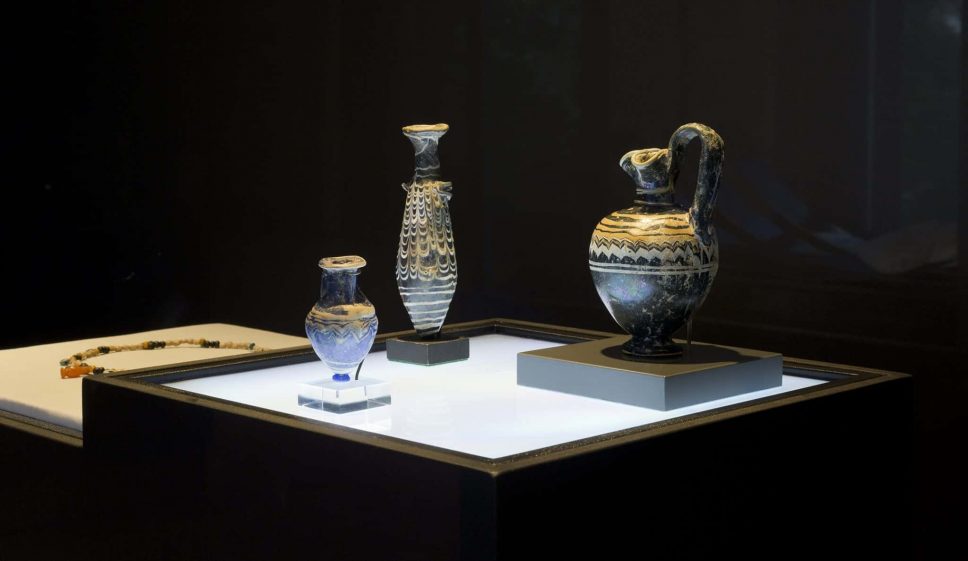 This exhibition celebrated the enduring fascination of glass, a material whose malleability has presented artists with manifold possibilities since the Late Bronze Age and continues to inspire makers today. Displaying significant artefacts from the Egyptian and Roman periods alongside the work of contemporary glass artists, Liquid form examined the development of faience and glass manufacture in the ancient world and demonstrated how long-established methods and techniques have been extended in the modern era.

The ancient Egyptians described glass as ‘stone of the kind that flows’, a phrase that embodies the ambiguous materiality of glass, poised between liquid and solid form. Defined by scientists as an ‘amorphous solid’, glass is formed by the heating of dry materials – silica (crushed quartz or sand), lime and an alkali that serves as a flux, such as soda or potash – into a viscous mixture that flows when hot and sets when cooled.

Liquid form: Ancient and contemporary glass charted the development and advances of ancient glass and faience manufacture in five key techniques: faience, core and rod formed, blown, mould and cast, and mosaic. These techniques were expanded upon in the contemporary glass included in the exhibition, where technical advancements and shifts in art and design have seen contemporary makers push the limits. Contemporary artists experiment with the possibilities of glass in its materiality and design, as opaque or translucent sculptural form or object. These approaches highlight the ongoing potential for experimentation with glass, while still using the same raw materials as those used by the first glassmakers.