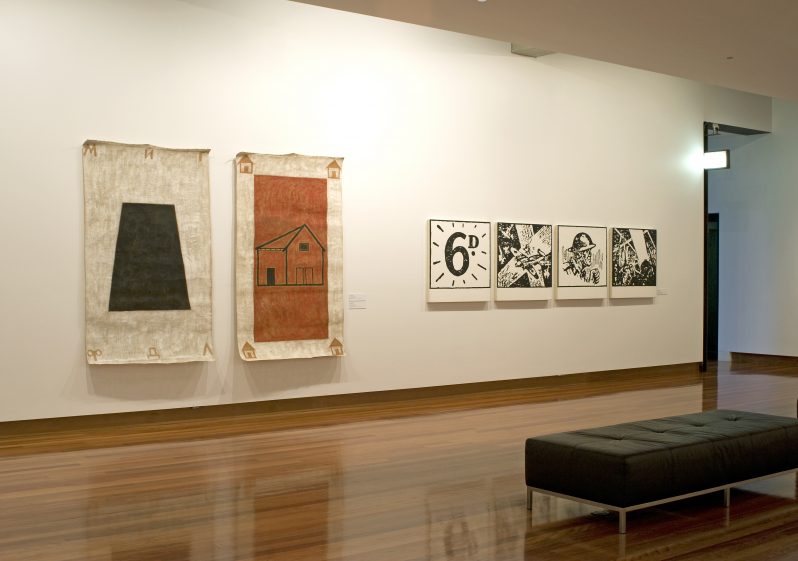 This exhibition is comprised of a selection of works in the University of Melbourne Art Collection by artists who have each made strong contributions to the development of Australian art. Gordon Bennett’s Big Romantic painting (the Apotheosis of Captain Cook) (1993), and a group of oil paintings by Stephen Bush are included.