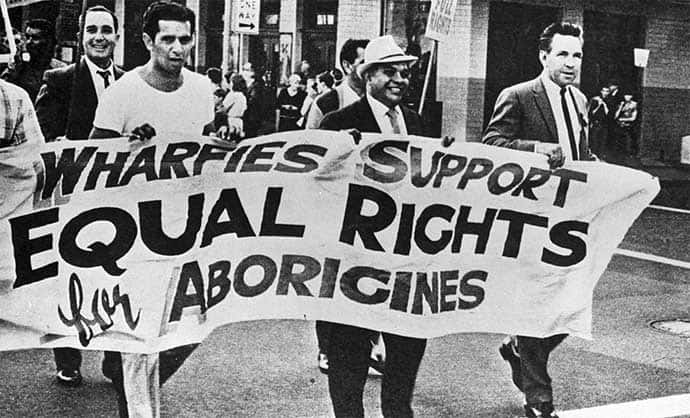 The Waterside Workers’ Federation Film Unit (WWFFU) was an organisation financed by several trade unions. It produced 11 (mainly documentary) films between 1953–58, putting forward a radical viewpoint on issues directly or indirectly of concern to the left of the Union movement. The four films screening as part of the Waterside Workers’ Federation program were: The hungry miles (1955), Four’s a crowd (1956), Not only the need … (1958) and Pensions for veterans (1954).

This screening started with a brief introduction by John Hughes, documentary filmmaker and Honorary Fellow with the Victorian College of the Arts, University of Melbourne, and a written statement by one of the original members of the WWFFU, Norma Disher.

This screening was presented in collaboration with Artist Film Workshop (AFW). AFW is a film collective based in Melbourne with a focus on 16mm film. For more information visit www.artistfilmworkshop.org