Up from the Vaults: Convict Labour | Ian Potter Museum of Art 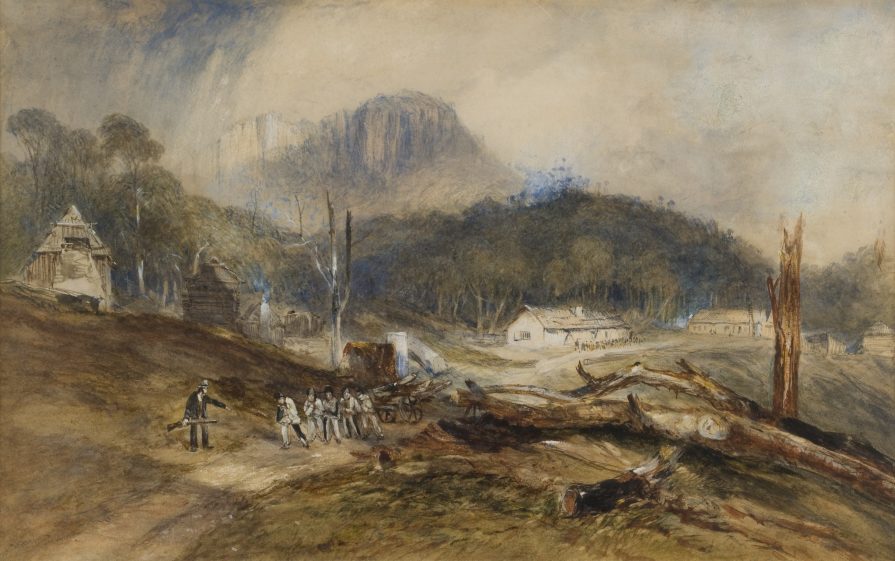 Up from the Vaults: Convict Labour

Rarely seen and best not mentioned

The topic of convict labour will guide this year’s second talk in our popular Up from the Vaults series, in which we invite a subject expert from the University to take an in-depth look at art and objects from the University of Melbourne’s Cultural Collections.

Convicts, much like servants in the Victorian age, were meant to be neither seen nor heard. They were expected to be the invisible machinery of domestic life and the colonial economy, and memoirs of Van Diemen’s Land are remarkable for the absence of convicts in the remembered landscape and households. Watercolourist John Skinner Prout and writer-artist Godfrey Charles Mundy were among the few who left images and descriptions of convicts at work and in confinement. And they have much to tell us.

Professor Janet McCalman AC is known for her social histories Struggletown (1984) and Journeyings (1993) and for her history of women’s health at Melbourne’s Royal Women’s Hospital, Sex and Suffering (1998). Over the past twenty years she has been building rich cradle-to-grave datasets of well-documented historical cohorts: charity babies born from 1857–1900; Aboriginal Victorians 1840–1930, and Diggers to Veterans, risk recovery and resilience in the First AIF. Her biggest project, conducted with over fifty online volunteer genealogists, has been of 25,000 men, women and children who were transported to Van Diemen’s Land, discovering what happened to Australia’s forced immigrants.