Up from the Vaults: 'Rus in urbe' | Ian Potter Museum of Art 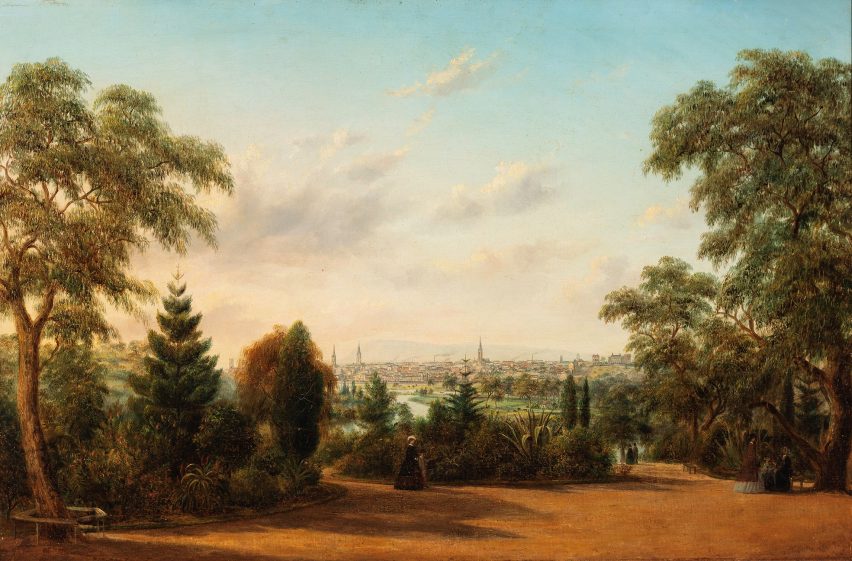 Presented by Professor Andrew May, the latest presentation in our Up from the Vaults series invites you on a journey through the past to take a closer look at early examples of Melbourne’s urban landscapes.

In a little over three decades from 1837, Melbourne expanded from an imagined grid of the future to a bustling colonial metropolis. For this event, Professor May will lead a virtual walking tour of Melbourne as it was represented in key nineteenth-century works: James Adamson’s Melbourne from the south side of the Yarra Yarra (1839), Nathaniel Whittock’s The City of Melbourne (1854), and Henry Gritten’s Melbourne from the Botanical Gardens (1865).

Spanning 30 years of Melbourne’s growth, the works symbolise the progressive spirit of the era, and are as much a message to the future as they are renditions of the present or records of the past.

Andrew May is Professor of History in the School of Historical & Philosophical Studies where he directs the Melbourne History Workshop, a research-based collaboratory. He also oversees the production of eMelbourne (the Encyclopedia of Melbourne online) and the podcast, My Marvellous Melbourne. His books include Melbourne Street Life (1998, reprinted 2017), Espresso! Melbourne Coffee Stories (2001), Federation Square (with Norman Day, 2003), The Encyclopedia of Melbourne (2005, with Shurlee Swain), and Welsh Missionaries and British Imperialism: The Empire of Clouds in North-East India (2012).