Performance: How to turn a ship around (they could say love) | Ian Potter Museum of Art 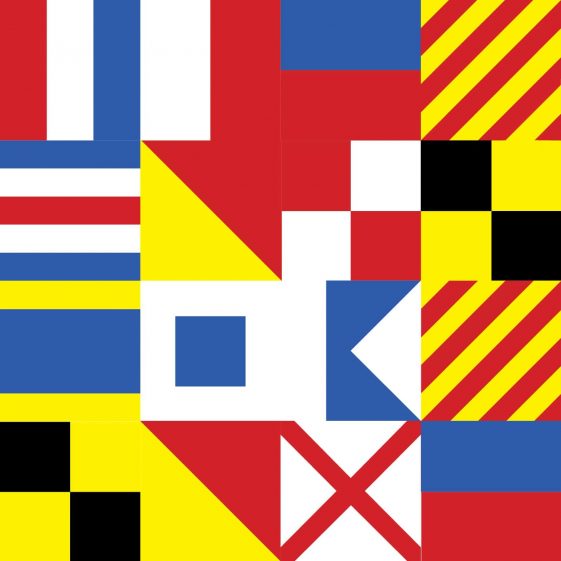 How to turn a ship around (they could say love) is a script and performance developed from email conversations with Danielle O’Brien (a Webb Dock-sitter) and Josh Bornstein (lawyer at Maurice Blackburn who developed a legal strategy for the MUA) in reference to the 1998 Maritime Union dispute. The double-barrelled nature of the title points to different points in history shared by the artists Sam George and Lisa Radford, the dispute and the conversations that ensued.

They could say love references not only the act of the union members and their families but also those who sat beside them. They could say love also references the painting Untitled (International Signal Code) 2011 by Sam George and Lisa Radford. This large painting, which was entered into the ANL Seafarers Maritime Painting Prize, riffs off the history of abstraction by arranging a collection of flags from the International Code of Signals for shipping, which can only be read by sailors (workers) and teachers of the code. The code in this 2011 painting reads ‘We can say love’. The work is part celebration, part lament, but also a small gesture of solidarity with what was achieved by the MUA at this time.