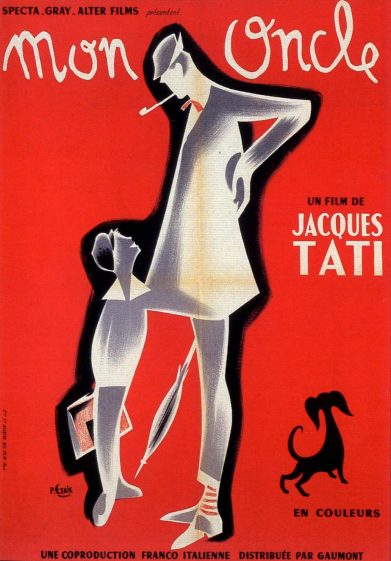 This 1958 French comedy takes a satirical view of mid-century design and architecture. Monsieur Hulot, from the ‘old quarter’ of Paris is confused by his sister’s ultra-modern house and its automated fixtures. A visual feast for the mid-century modern lover. Oscar winner Best Foreign Film 1959.

Presented in partnership with NOVA Cinemas. The film was preceded by a brief introduction to Clement Meadmore’s 1950s design aesthetic as seen in the film by Curators Dean Keep and Jeromie Maver.