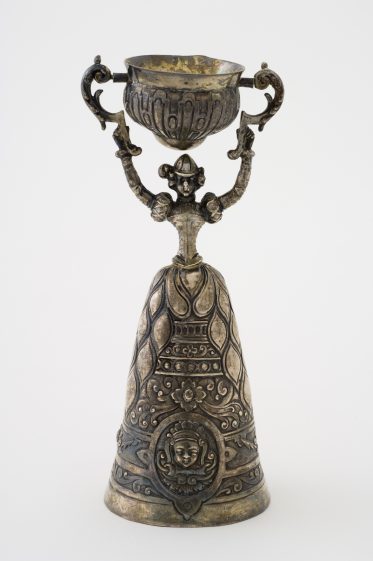 Originating in the 16th century in Germany, the Wager cup (also known as the Wedding cup) is a double cup in the form of a female figure dressed in a bell-shaped skirt holding a second cup above her head. The silver Wager cup was used at weddings – the groom would drink from the cup created by the female figures skirt and the bride would drink from the smaller cup. The aim of the cup was for both bride and groom to completely empty the cups without a drop spilled.