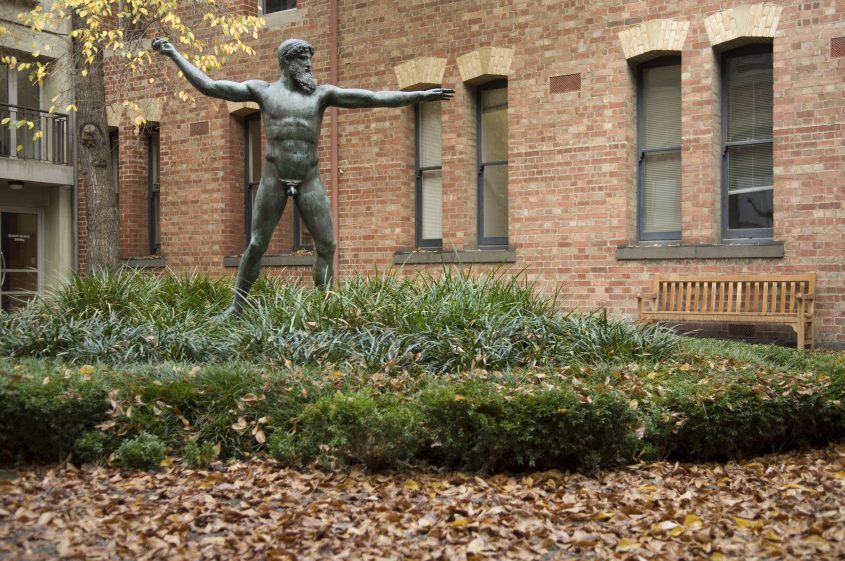 Standing in the courtyard of the Elisabeth Murdoch building on the University of Melbourne’s Parkville campus, this extraordinary cast bronze reproduction

of the statue of Artemision Zeus (or Poseidon) is one of only two castings of the 5th century Greek statue made with permission of the Greek government. The first casting is in the United Nations building, New York while this second replica was a gift to the University of Melbourne from the Greek Orthodox Community of Melbourne in commemoration of the 1956 Olympics.

‘Untitled (Zeus or Poseidon)’ c.1940 cast
cast bronze
The University of Melbourne Art Collection. Gift of the Greek Orthodox Community of Melbourne in commemoration of the XVI Olympiad 1956