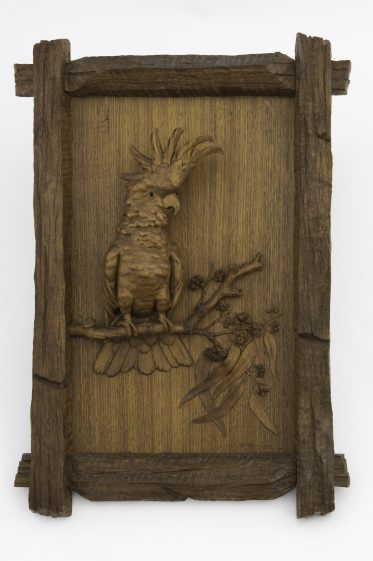 Robert Prenzel (1866–1941) was a brilliant Prussian carver who settled in Melbourne in 1888. In the early twentieth century he began to incorporate Australian flora and fauna into his furniture and decorative wall reliefs. This uniquely Antipodean take on the internationally popular Art Nouveau style became known colloquially as ‘Gumnut Nouveau’.

Untitled (Cockatoo) 1915
Australian blackwood and other timbers
The University of Melbourne Art Collection. Gift of the Russell and Mab Grimwade Bequest 1973