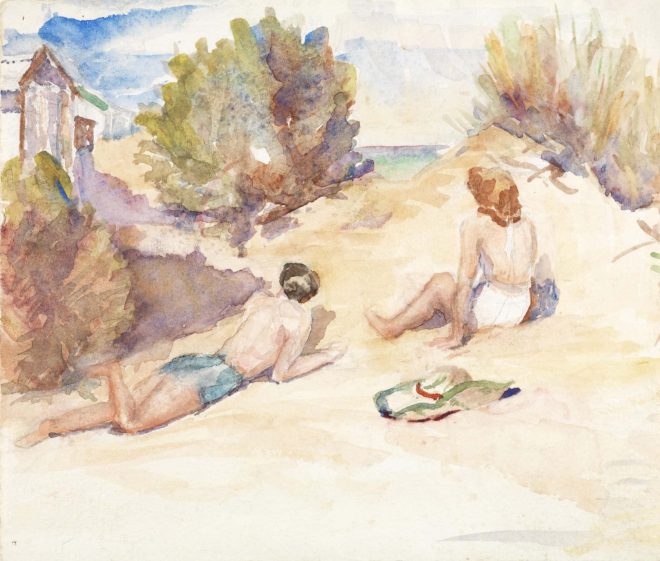 Norman Macgeorge (1872–1952) was an artist, critic, teacher and patron of the arts. Following the dead of his wife in their Victorian home ‘Ballangeich’, commissioned from the architect Desbrowe Annear in 1910, was bequeathed to the University in 1970, along with the contents of his studio. The Macgeorge Collection includes over 270 watercolours, oil paintings and sketches by the artist, which comprehensively represent his career, from his student days at the National Gallery School in the 1890s through to his years of maturity painting along the Yarra River and the beachfront at Mentone.

‘Ballangeich’, situated in idyllic bushland in Ivanhoe at the junction of the Darebin Creek and the Yarra River, was the home of Norman and his wife May from 1911 until her death in 1972. ‘Ballangeich’ was the centre of a convivial community of artists and friends, including Napier Waller, who lived a few doors away, and curator Brian Finemore.