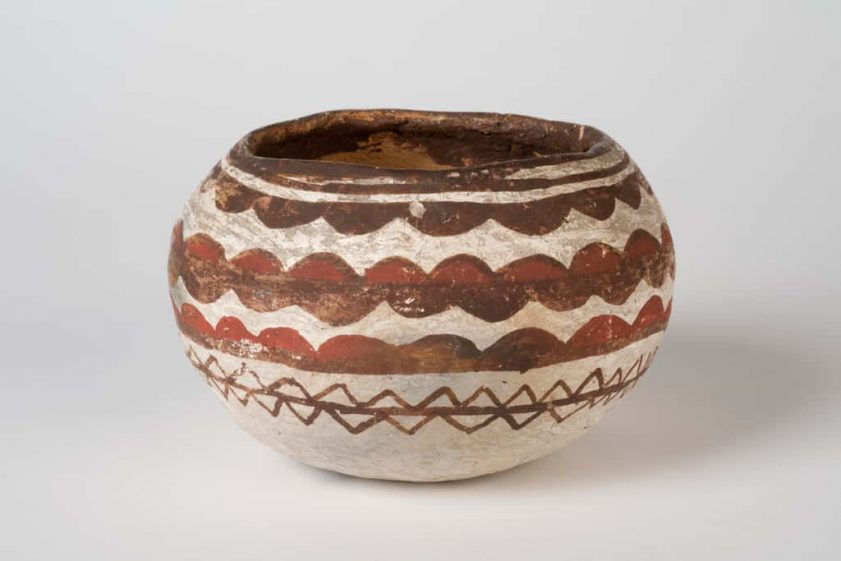 The Leonhard Adam Collection includes items from Australia, Papua New Guinea, New Zealand, Asia, America and Africa. It was formed largely by Dr Leonhard Adam, a distinguished scholar and lecturer in the Department of History at the University of Melbourne during the 1940s and 1950s.

Adam was born in 1891 in Berlin, where he studied ethnology, law and Sinology, joined the bar and served as a judge. After fleeing Germany, he was deported from England during the Second World War. He arrived in Victoria aboard the Dunera in 1940 and, after a period of internment at Tatura, joined the staff of the University. An important group of 36 painted barks from Groote Eylandt, collected in 1945 for an exhibition in Melbourne and given to the University in 1946, is one of the highlights of the Leonhard Adam Collection.