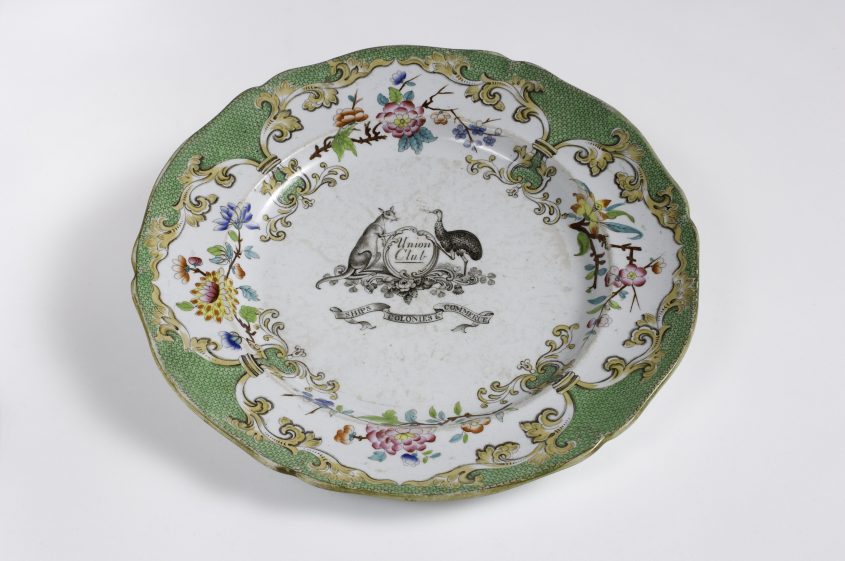 This decorative plate is from a service commissioned by the Hobart Club. At this time there was not yet a ceramic industry capable of producing such fine china in the Australian colonies. Instead the tableware was made by Minton & Doyle in Staffordshire, combining a floral pattern from their pattern books with a kangaroo and emu supporting a shield, above the motto ‘Ships, Colonies, Commerce’ – a choice that reinforces the wider context of the British Empire to which the Union Club and its members belonged. The service was first used on 31 July 1841 at the club’s annual commemorative dinner.