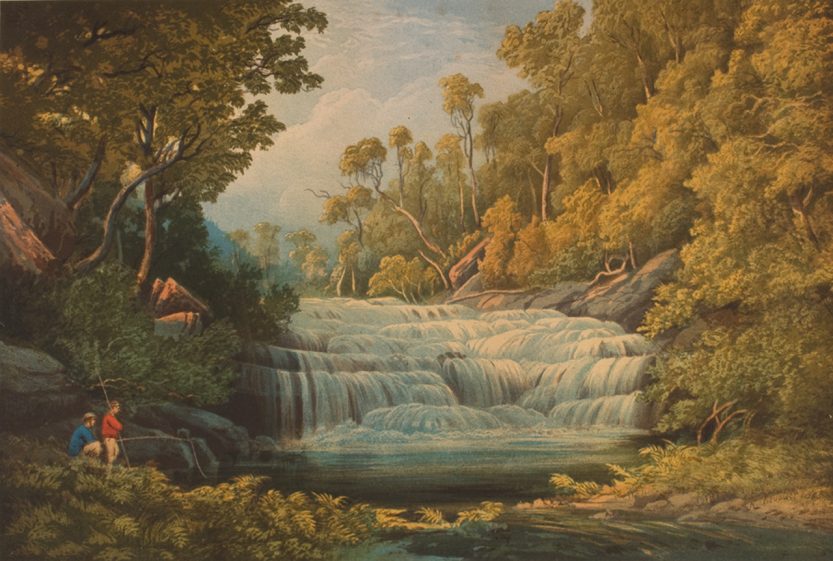 Russian-born Nicholas Chevalier was one of the first artists in Australia to explore the possibilities of printing in colour. In 1865 ‘N. Chevalier’s Album of Chromo Lithographs’ was published in Melbourne, reproducing in vivid colour twelve of his oil paintings of Victorian landscapes.
⠀
Parker’s River waterfall, Cape Otway, Victoria presents his 1862 painting Waterfall on the Parker’s River (now in the Art Gallery of Ballarat), a location that he had visited and sketched in April of that year. In December 1862 the painting was included in the Annual Exhibition of Fine Arts, where it received considerable praise and evoked poetic responses. While the chromolithograph closely follows the painted landscape, the two herons in the painting have been replaced here by brightly dressed fishermen.
⠀