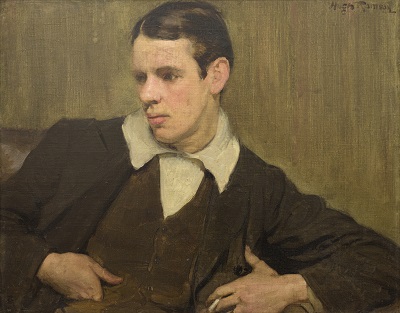 Hugh Ramsay was a determined pupil, and like many Australian artists of the era, he ventured to Europe in 1900. In Paris, he worked tirelessly, and after a mere three months his portrait of James S. MacDonald, his flatmate and fellow artist, was exhibited at the Old Salon. This early success is indicative of his short but brilliant career.  Ramsay died at just 28, leaving behind a small but exquisite body of work that established him as one of Australia’s finest portrait painters.