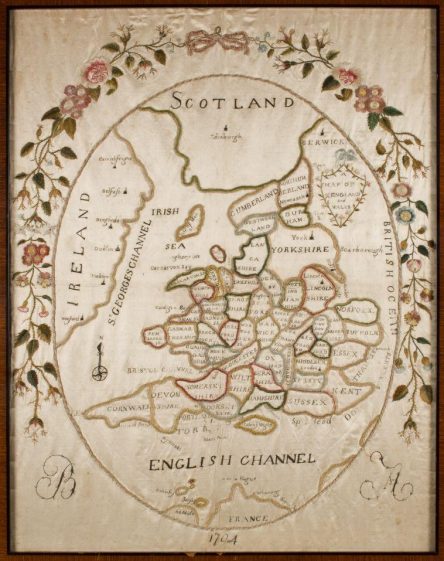 In the late eighteenth and early nineteenth centuries, embroidered maps were a popular way of combining geography and embroidery skills for young women. The wealthier of them could also afford rich silks and satins. Beatrice Acton, niece of Sir Richard Acton of Aldenham Hall in Shropshire, was probably around fourteen when she embroidered this map of England and Wales in 1794, decorating it with a wreath of English flowers and her initials. Her son emigrated to Australia in 1846, bringing this and other heirlooms with him.