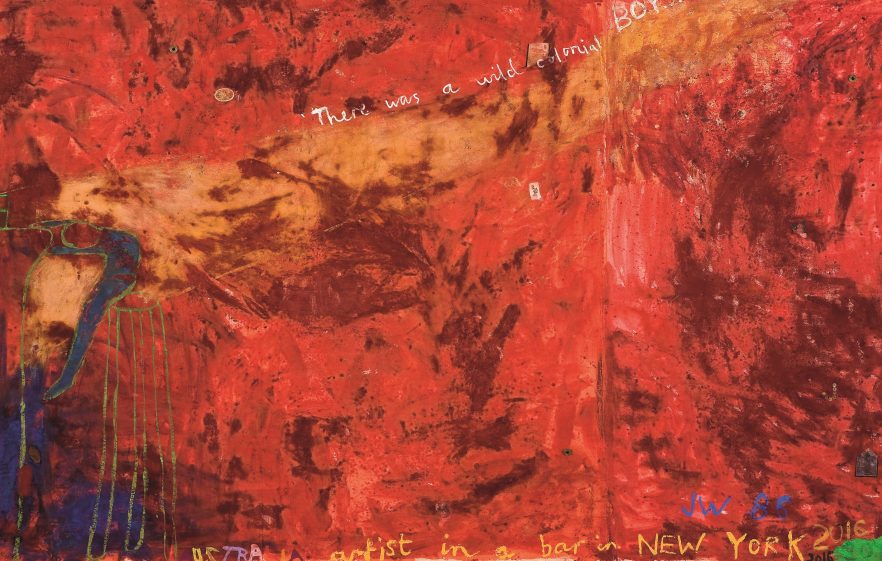 In Australian artist in a bar in New York in the year 2016 1986, Jenny Watson draws upon her sense of isolation as a foreigner in an unfamiliar city. Painted after the artist’s return from India in 1985, it vibrates with the colour and intensity of the country, while also making more general reference to Watson’s experiences overseas. The dislocated position of the lone Australian artist in New York – the epicentre of post war international art – is also alluded to in the work, and further emphasised via fragments of text on the work from the traditional Australian ballad Wild Colonial Boy. There is of course a degree of irony in the inclusion of the ballad in the work, for the colonial subject is, in this instance female.

Australian artist in a bar in New York in the year 2016 1986
synthetic polymer paint, colour pigments, gouache
and collage on unprimed cotton canvas
The University of Melbourne Art Collection
Purchased with funds from the Visual Arts Board, Australia Council 1987