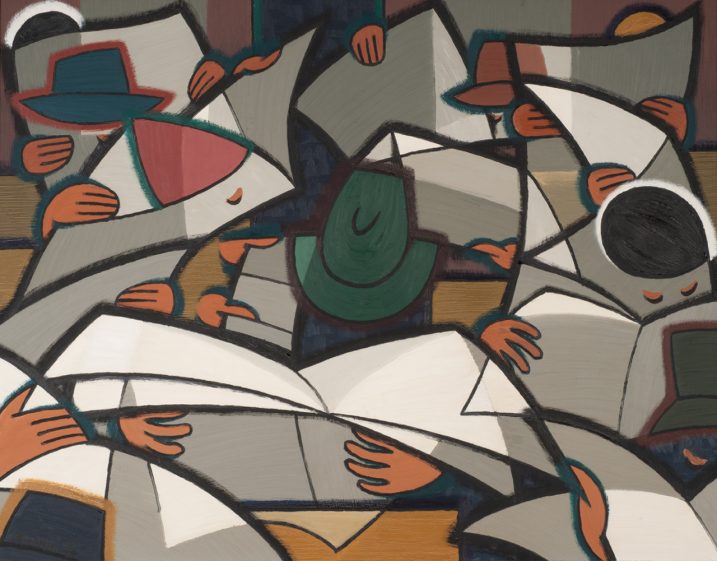 Weaver Hawkins captures the chaos of rush hour in this depiction of a crowded train carriage. Hawkins studied painting in London after the First World War and greatly admired the vorticists, a group of British artists who, like the Italian futurists, employed abstraction to represent the energy and motion of the modern world. Here he accentuates the claustrophobia of the morning commute through a dynamic collision of angles and planes, punctuated by hats and hands. One can almost hear the newspaper pages rustling.

Another Day 1954
oil on composition board
The University of Melbourne Art Collection. Purchased 1954