Other side art: Trevor Nickolls, a survey of paintings and drawings 1972–2007 | Ian Potter Museum of Art 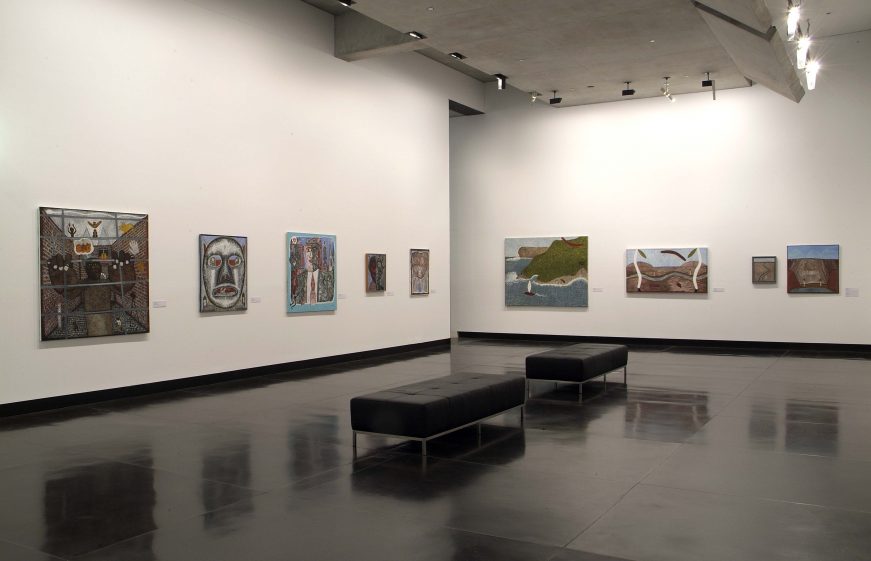 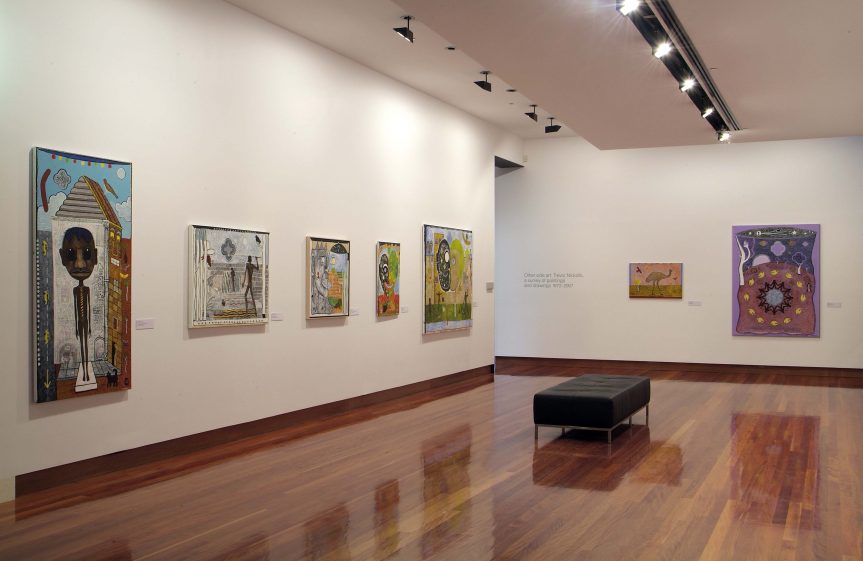 Other side art is the first museum survey of the work of senior South Australian artist, Trevor Nickolls. Nickolls has been described as ‘the father of urban Aboriginal art’. He stands as a seminal figure whose career has spanned an unprecedented era of Aboriginal cultural expression since colonisation. Over more than thirty years, Nickolls has developed a unique repertoire of visual symbols to depict the impact of Western culture on Aboriginal traditional life. His art informs many of the critical intellectual and aesthetic positions that are vital to questions of identity and Aboriginality in Australia.

This exhibition brings together more than fifty paintings and drawings from around Australia. The exhibition recognises Nickolls’s pioneering role in a generation of Aboriginal artists’ struggle to forge a new position within the mainstream of Australian art and culture at a vital juncture in the nation’s history. Largely based on a chronological sequence of paintings with the addition of selected works on paper, groups of works are arranged to explore the various facets of the artist’s interests: the interplay between human psychology and the polemical and political, the cityscape and unmodified landscape, and the harmony/disharmony between the spiritual and the material.